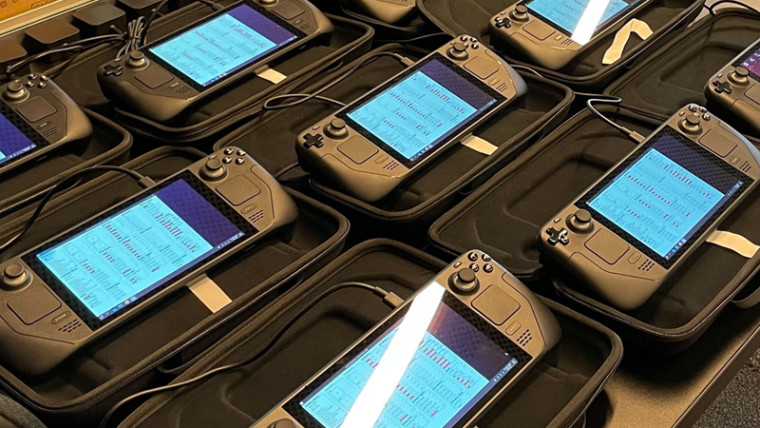 The Steam Deck portable gaming PC can reliably play at least 5,000 games, confirmed Valve. The company has been persistently testing game titles, and seems to have tried to run 7,000 Steam games on the handheld gaming console.

Valve has slapped the “Verified” label on more than 5,000 games that are available on the Steam platform. The company has also confirmed that 2,000 games are “Unsupported”. This suggests Valve has tested at least 7,000 Steam games on the Steam Deck.

Oh hey, another big milestone - we just passed 5,000 tested Verified and Playable titles on Steam Deck! Plenty more to go (so many games on Steam), but just wanted to take a moment to celebrate! 🎉 pic.twitter.com/el7iBWdEo8

Whenever Valve is confident that a game title is certain to work on Steam Deck, it means gamers shouldn’t face any issues while playing the title on the console. If games have some small issues or negligible quirks, but are certainly playable, Valve slaps the “Playable” label. Games that are simply unplayable on the Steam Deck, Valve indicates the status accordingly.

In order to qualify as Verified or Playable, games need to have reliable controller support, as well an onscreen keyboard when needed. Games should also support Steam Deck’s native 1,280 by 800 screen resolution. Valve also checks if the game plays nice with the Proton compatibility layer which is necessary to run Windows games on the Steam Deck.

And just like that, August is over! Taking a quick look back, here are the top games on Steam Deck for the past month, sorted by total hours played. pic.twitter.com/FuDRLh2XaO

Valve’s Steam platform has more than 50,000 titles. Although being able to reliably support 5000 games is no small feat, the portable console has a long way to go. It is, important to note that even though Valve may not officially certify a game as Steam Deck compatible, gamers can still experiment with titles that have not yet cleared the Deck Verified program.