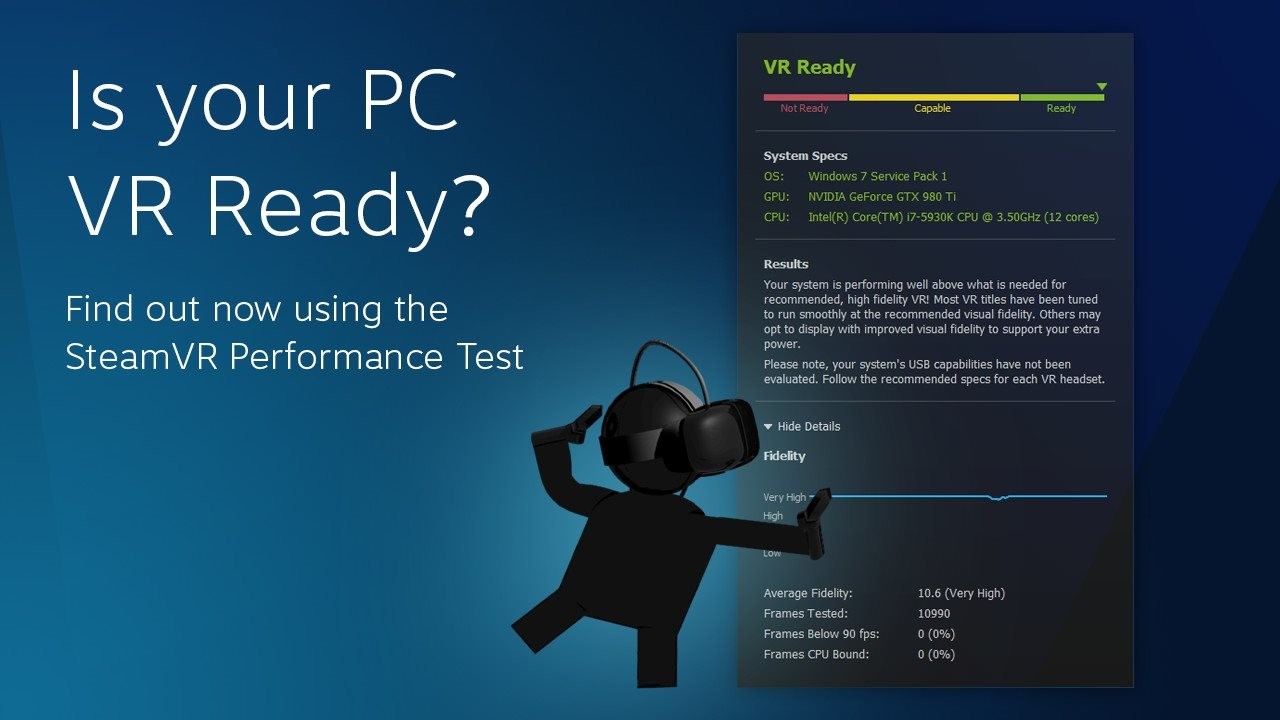 Before you drop $799 on the HTC Vive virtual reality headset next Monday, when pre-orders open at 10am ET, you can now check if spending all that money is worthwhile. To coincide with the unveiling of the consumer edition of the Vive headset, HTC's partner Valve have released the Steam VR Performance Test.

Going through a non-interactive GLaDOS robot testing facility, the two minute diagnostic determines whether your PC can run virtual reality content at 90 fps and at recommended settings; however, the test does have some limitations. It is unable to assess added CPU loads by positional tracking and processing-intense VR applications. 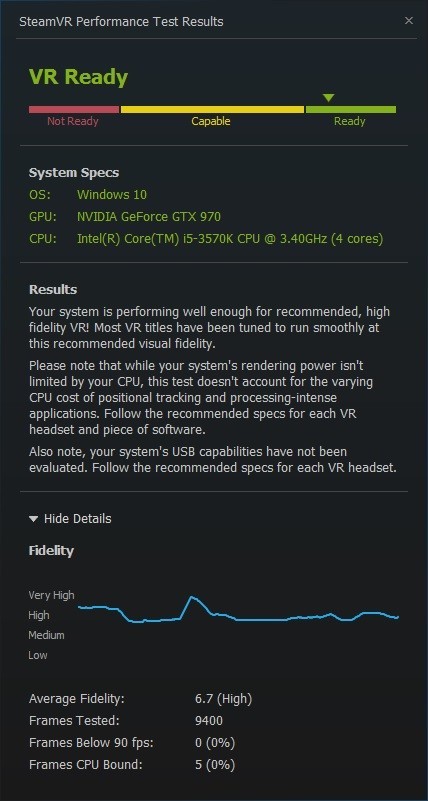