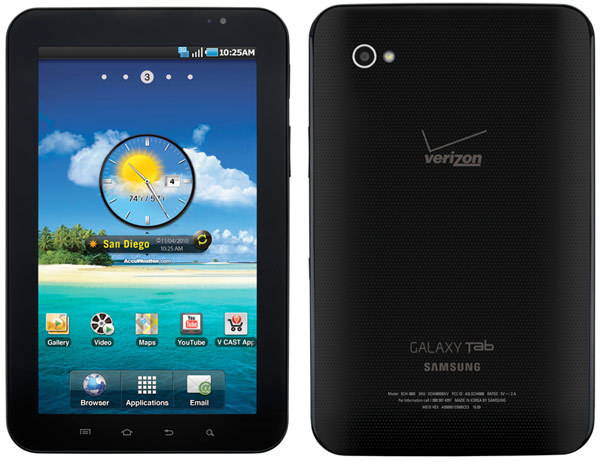 Following in close pursuit of the European carriers, Verizon has released the details of its upcoming Galaxy Tab launch. Verizon will be offering up Samsung's tablet for a sum of $599.99 which puts it a fair bit less then what EU citizens will be paying. Surprisingly, there will be zero subsidization by the carrier.

The fact that Verizon is not willing to subsidize the product must come as a harsh reality to Samsung who will be competing literally side by side to the iPad that Verizon will soon be selling. The Tab will have a smaller footprint which means it will fit easier into a coat pocket and it also has a camera.

Ultimately, the consumer will have a choice of paying $599.99 for the Tab or $630 for a WiFi iPad with a Verizon MiFi for wireless broadband connectivity. While choice is always a good thing for consumers, Samsung is placing its Tab on a pedestal above that of the iPad, and when you're in an Apple dominated market, it may be a tough sell.