With assets totalling more than $4.5 billion, it’s no surprise to hear that VMware are a major player in the virtualisation space. Most businesses from Small and Medium Businesses (SMB) to the Enterprise use VMware as their preferred virtual computing environment (VCE). 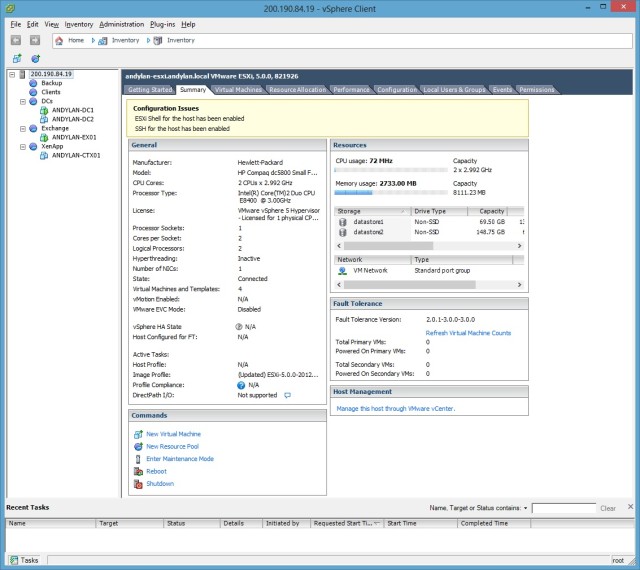 Microsoft entered the virtualisation space with Virtual Server and Virtual PC, but it was Hyper-V that brought them in direct competition with VMware and its ESX software.

On its website, VMware provide a cost calculator that provides information on the costs of deploying a VMware solution, depending on the details you enter. Well, the Microsoft Server and Cloud Platform Team have used the calculator themselves based on the following conditions:

With the calculator taking into account everything from license purchase to server hardware costs and power requirements, the figures are interesting. The details used by Microsoft are indicative of a standard datacentre virtualisation scenario. 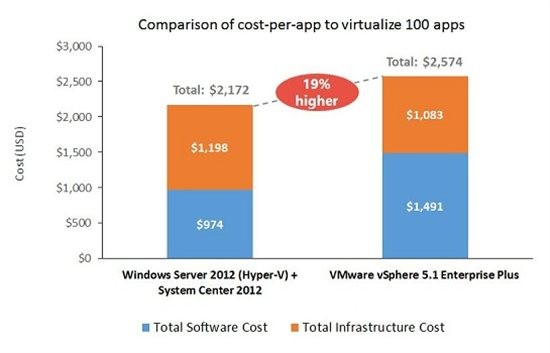 The 19% difference in costs comes from the calculator’s assumption that VMware’s ESXi (VMware’s free virtualisation platform) can run 20% more applications than a Windows Server 2012 Hyper-V host. But that assumption has very little credibility or any real-world customer testimonies to back it up.

It’s not a secret that VMware provide a more costly solution. But their reputation in the virtualisation space has afforded them to be that bit more costly. But the figures that Microsoft is reporting go up from the 19% shown in the example, to around the 440% mark when using the same specs utilising VMware’s vCloud Suite 5.1 against Windows Server 2012 and System Center 2012.

While this costing experiment has been conducted by Microsoft, if you’re currently considering implementing virtualisation, don’t rule out Microsoft due to the infancy of Hyper-V or it’s lower number of deployed solutions.