This week, the May Humble Choice games rolled in offering you a new batch of games to select from. The 12 games up for grabs this month can be seen below, along with links to their Steam store pages for more information:

If you have a ray-tracing capable GPU, keep in mind that Metro Exodus now has an enhanced edition with overhauled visuals. Since this is a free update, you will also gain access to it along with the base game that's available in this bundle.

Opting to pick up three of the aforementioned titles will set you back $14.99 as part of the Humble Choice Basic tier while picking nine games will cost $19.99. Adding to that, those still with active legacy Humble Monthly subscriptions can grab 10 games for $12.99 instead.

This specific selection of games will be available on the Choice subscription until June 1. It also offers members access to the Humble Trove of DRM-free games as well as a bonus 20% discount on items sold on the Humble Store. 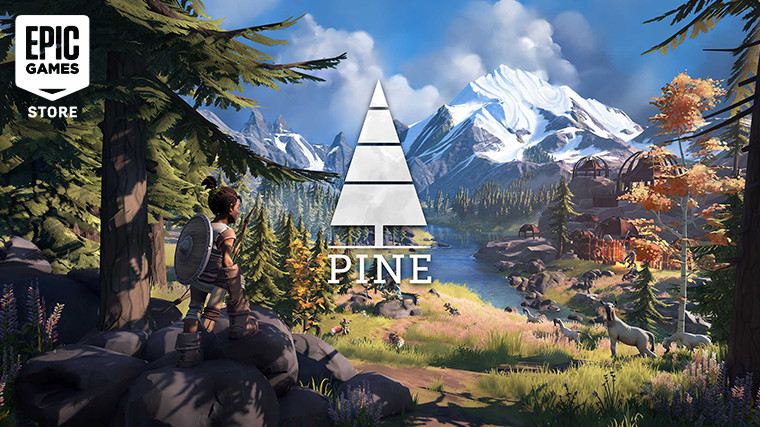 Epic is back to dealing out free games this week. Coming in this time is a copy of Pine, which is replacing the premium content pack for the free-to-play title Idle Champions of the Forgotten Realms from the previous promotion.

Pine is an indie adventure game set in a simulated world where its various tribes and NPCs carry on with their duties even without the player's intervention. The objective is to eventually find a suitable location for a human settlement in this world where humans aren't at the top of the food chain.

Following Pine's stay on the freebie slot, Epic is preparing to put up a copy of The Lion's Song complete edition to claim for free starting on May 13. 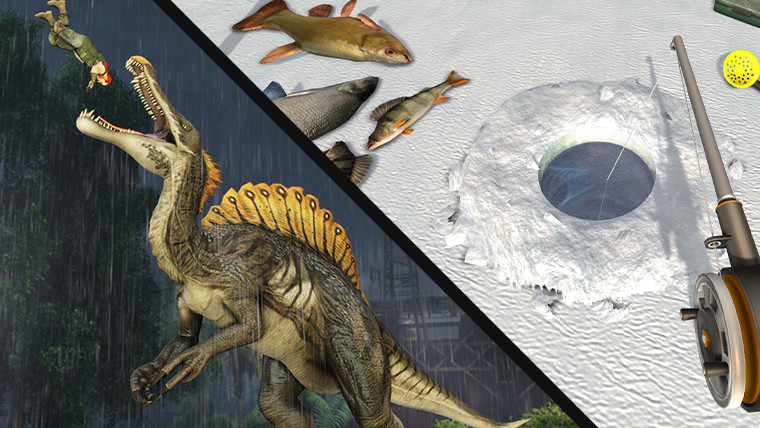 A couple of veteran indie games populate the free events space this weekend. Both are free-to-play via Steam through May 10.

Up first is Primal Carnage: Extinction, a 2015-released head-to-head multiplayer game that has dinosaurs going up against a human mercenary team. And next up, you can go out ice fishing in this 2016-launched title Ice Lakes. It offers both single-player sandbox and multiplayer modes, with customizable fishing gear, seasons, VR support, and more available for increased immersion.

Moving on to the Big Deals pile of this weekend, you'll find that quite a few Devolver Digital-published hits, Command & Conquer sales, and several anime game discounts remaining from last week's Golden Week specials are populating it this time. Here are the highlights:

The deals coming from the GOG store this weekend are filled with action experiences, retro shooters, and Polish studio-made games, and all of them are DRM-free. See our highlights below: