It's a pretty bundle-heavy week for Humble this weekend. Let's kick things off with its final Monthly Bundle of this year, which unveiled its early unlocks yesterday.

As seen above, replacing the double early unlocks from the previous month are Just Cause 3 XXL Edition (includes all DLC), Project CARS 2, and Wizard of Legend. These games will be given immediately to those who subscribe to the $12 program, with the rest of the bundle being revealed and delivered on January 4.

Subscribers also gain access to the DRM-free games available in the Humble Trove as well as a 10% discount for purchases from the Humble Store.

Next, we have the annual Yogscast Jingle Jam Bundle, which is once again giving away 100% of its proceeds to charity. There are new items being revealed every day, including games, cosmetic items, coupons, and more. If you're interested, you can pay $35 or over to get everything as they unlock.

For $1 you can grab Worms Clan Wars, Interplanetary: Enhanced Edition, and Penarium. Adding to that, Overcooked: Gourmet Edition, Sheltered, The Escapists as well as four additional DLC packs for the game arrive with the 'beat the average' tier. And finally, Worms W.M.D arrives as the sole game available in the $10 tier. 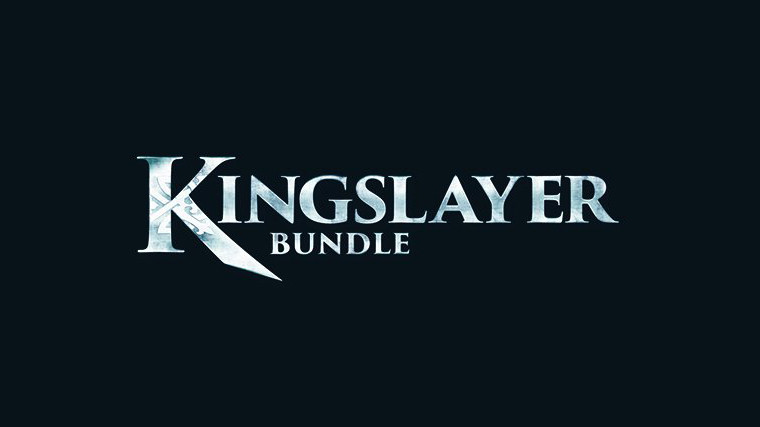 Fanatical has also thrown its hat into the bundle ring this week, bringing forth what the store is calling its best ever bundle. Aptly named Kingslayer, the collection carries 10 games in its grasp, all coming for just $4.99. See the full list down below:

The Kingslayer Bundle still has over a week's time left on its counter, so there's still plenty of time if you want to ponder the purchase.

In addition to that, Fanatical has also started offering the Road Rage Bundle. This $3.99 bundle comes with Mad Max, Carmageddon: Max Damage, Clustertruck, as well as Guts and Glory. There doesn't seem to be an end date attached to this collection just yet. 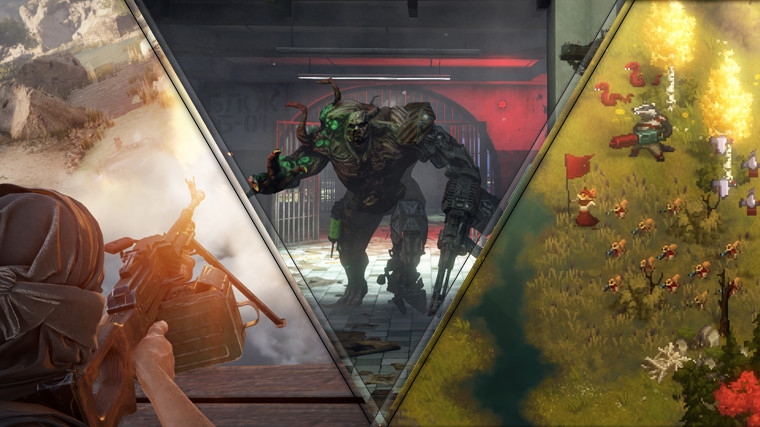 This weekend's free events are mostly returning games, so now you can spend more time with them if the previous occasions weren't enough to make up your mind.

The upcoming hardcore tactical shooter Insurgency: Sandstorm has opened up its closed beta to all players just for the weekend. You can try out the game's current maps and modes in both multiplayer and cooperative rounds while the free event is active.

The popular cooperative zed slayer Killing Floor 2 has gone free for the weekend just as its holiday content update lands. You can team up with five other players against the AI or maybe even try out the head to head versus mode.

Next up is Tooth and Tail, the indie real-time strategy title that takes you to land where a civil war is happening between animals. The game can be played in single-player, online multiplayer, and it even comes with split-screen support.​ The Elder Scrolls Online has kicked off a free play week also, which runs until December 11. This promotion comes lets you access the content of the Tamriel set MMORPG's base game as well as its Morrowind DLC.

Of course, a battle royale title has begun a free weekend as well, and this time its Battlerite Royale. The top-down perspective early access game draws from its MOBA origins with powered characters and skill-shot orientated gameplay.

Alongside The Game Awards ceremony, that just concluded, several of its nominated games have been put on discount. Most go off sale quite soon, but with winter sales incoming, there's nothing to fear. Here's our big deals list for this weekend, which even includes a Steam freebie:

Now, with all those out of the way, let's have a look at the list of DRM-free deals that are on offer this weekend on the GOG store.