This week, Humble Bundle is offering the second round of its Humble Very Positive Bundle, bringing a host of games that have a user rating of 'Very Positive' on Steam. Although since the bundle includes a pre-order, we assume Humble Bundle is using its time travel prowess to check the game's future Steam rating.

Purchasing the 'pay what you want' tier will get you RIVE: Wreck, Hack, Die, Retry, a side-scrolling twin-stick shooter; Neon Chrome, another twin-stick shooter, but with some rogue-like elements; and Dungeon Souls, which is described as a rogue-like RPG dungeon crawler.

Next, paying more than the bundle's average price, which currently stands at $7.30, gives you the brilliant action hit Middle-earth: Shadow of Mordor GOTY, along with the popular party platformer title Ultimate Chicken Horse, and the 2.5D supernatural thriller Oxenfree.

The third tier will set you back $10 and brings along Death to Canada, that is simply described as a "Randomly Generated Road Trip Simulator", and Beat Cop, an adventure game where you play as a cop framed for murder.

Lastly, we arrive at the final tier, yes, the whopping $80 one. Spending that money gets you a pre-order of the upcoming Middle-earth: Shadow of War, and an "exclusive Shadow of War T-shirt" with worldwide shipping. While the price may be off-putting, the shirt should certainly make up for as it is made with "soft, 100% cotton".

However, if you are not really keen on this lavish tier, but is still interested in pre-purchasing Shadow of War, GameBillet currently has the pre-order price set at $46.95.

Note that with the exception of Ultimate Chicken Horse, the two Middle-earth games, and of course the T-shirt, all other items in the bundle are available as Steam keys as well as DRM-free to those who prefer it.

Also, be sure to check out the Humble Capcom X SEGA X ATLUS Bundle from last week if you have not seen it yet, as the bundle still has a few days left on its counter before coming to a close.

Bundle Stars has turned five years old, and what better way is there to celebrate it than hosting a Birthday Sale. The sale has over 250 games discounted, ranging from big hits like Doom and Prey to well-known indie games such as Skullgirls and Ori and the Blind Forest.

We will include a thorough list of games to keep an eye on from this sale in the Big Deals section, which you can find below all these other deal segments.

Moreover, adding to the already quite steep discounts, Bundle Stars has put forth a voucher code that will knock an additional 5% off the price. You can use the code BIRTHDAY5 on the cart when checking out to receive the reduction, however, note that the code can not be used on bundles, pre-orders, or Star Deals. 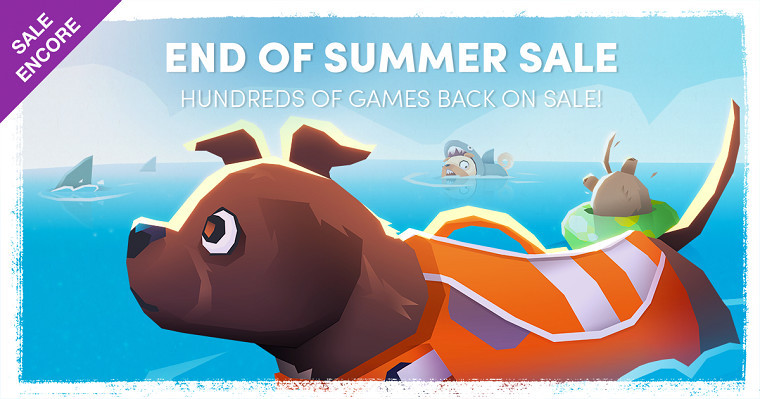 While the official end date of the Humble Store's End of Summer Sale was to be on September 21, much of the expired deals have now returned for one last hurrah. This Sale Encore will last until September 25, so if you haven't yet, this is the last chance to grab something that catches your eye.

The Humble Store is marking the last few days of the sale with another giveaway, this time making Red Barrels Studio's Outlast Deluxe Edition completely free of charge for everyone to claim. The game is a survival horror title where you are only equipped with a camcorder to see in the dark using its night vision mode. This means you are entirely vulnerable against enemies, forcing you to use stealth tactics to avoid the murderous bad guys.

The Deluxe Edition arrives with the base game as well as the Whistleblower prequel DLC, and be sure to add it to your collection via its Humble Store page soon, as the free promotion is ending in just a few hours.

Meanwhile, we will have a whole score of highlighted discounts from this sale on the Big Deals section below as well. 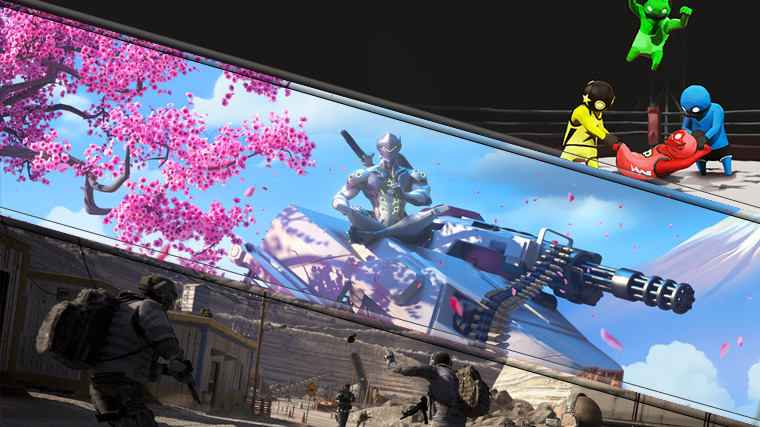 Blizzard's massively popular hero shooter, Overwatch, has returned with another free weekend. The free event will run until 11:59pm PT on September 25, and gives you access to the full roster of 25 heroes, 16 maps, along with all the various modes that the game offers.

Free weekenders are also able to level up and even earn loot boxes that contain the various customizations, which will all carry onto the full game if they decide to purchase it. The sale that the game is currently on, may help with that.

You can download the PC version via Blizzard's Battle.net app, which you can get from here.

Up next is the open beta of Ghost Recon Wildlands' new Ghost War PVP mode. The open beta is truly open for everyone, even if you don't own the base game you can join in on the beta by downloading it via Ubisoft's Uplay app.

The mode pits eight players against each other in a 4v4 format, with the beta giving access to 6 new specialized classes and five maps. Get your ghost recon PVP fix before September 25, as the open beta will come to a close on that date.

And finally, over on Steam, we have three more free weekend promotions running, as if we don't have enough options already.

The first of which is for Gang Beasts, a humorous and unorthodox multiplayer fighting game that is currently in early access. The game employs rubbery characters for players to fight each other with, and winning requires you to tussle and throw other players into various hazards present in the levels while avoiding them yourself.

The second Steam game you can play for free this weekend is Smashbox Arena. The game is a team-based shooter that makes use of various physics-based power-ups to make things interesting in the field. The caveat is that to play the game, you need a VR headset, but if you do, the game certainly looks fun to play around with.

The third and final game free on Steam this weekend is Depth, an aquatic team-based game where you can either play as a diver or a shark. The diver team is tasked with finding sunken treasure to upgrade their weapon selection for effectively fighting off the marine predators. If you're playing as a shark, on the other hand, means you miss out on all the weapons, since fins are notoriously bad for holding guns, but you do get to munch on all the humans.

With the beginning of the weekend comes a wide assortment of sales from numerous PC game stores, and below, we have a selection of handpicked games that are near or below their historical discount rates. Be sure to apply the BIRTHDAY5 code for any Bundle Stars games you may pick up to get the additional 5% discount.

Now, with all those pesky DRM-filled games out of the way, let's take look at some DRM-free deals. This week, the GOG store has an enormous sale featuring hundreds of games running deep discounts, along with quite a few historical lows. Titled, The Big Deal Sale, it comes to a close on September 25, and you can find highlights from the promotion listed below.