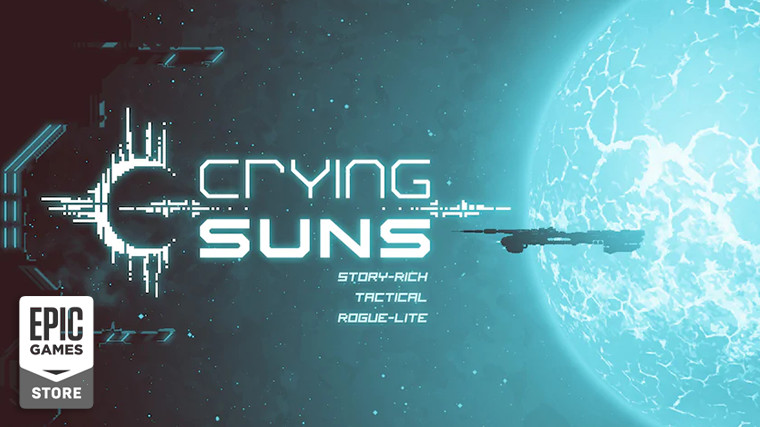 Epic Games Store's giveaways show no signs of stopping, with the weekly special returning in 2021 following its 15 days of freebies promotion. Now, replacing Jurassic World: Evolution is a copy of Crying Suns.

Arriving as a tactical rogue-lite, the game puts you in charge of a space fleet that is exploring a fallen galactic empire to try and save humanity from extinction. The procedurally generated universe boasts a six-chapter storyline inspired by works such as Dune and Foundation, over 300 possible story events, and tactically deep fights involving battleships and squadron fleets.

Coming up next week is another rather high profile giveaway, with Star Wars Battlefront II incoming as the freebie on January 14. This will be the DICE-developed shooter from 2017, not the original from 2005.

Fanatical showed up this week with a new bundle filled with its favorite games, and it makes you pick what games you want, letting you choose two games for $6.99, three for $9.99, or five for $14.99.

There are currently 26 games available here that you can build your own bundle from, with some of them being Sleeping Dogs: Definitive Edition, The Walking Dead: The Final Season, Deus Ex: Mankind Divided, Just Cause 3 XXL Edition, and quite a few classic Tomb Raider games, among many others.

Humble is quiet this week regarding gaming bundles, but keep in mind that its latest Choice selection is still available.

The vast majority of holiday promotions are now behind us, meaning it's break time for most stores. Still, if you have a deals itch you need to scratch during this quiet season, we have got you covered with our newest highlights list below:

GOG has gone back to its usual weekly and weekend sales right after its massive winter specials as well. Check out our DRM-free deals highlights list below:

And that is it for our pick of this weekend's PC game deals folks, and hopefully, some of you have enough self-restraint to not add even more games to your growing backlogs. Of course, there is an enormous amount of more deals ready and waiting all over the internet if you comb through it hard enough, so keep your eyes open for those, and have a great weekend.