Tripwire Interactive's Killing Floor franchise is all bundled up in Humble's latest offer. Although there are only three games in this entire collection, it does come with a huge amount of DLC packs.

The $1 starting tier comes bearing the original Killing Floor plus five character packs for it. The Pay More than the Average tier is next, which is currently going for around $10.70, and it comes with Killing Floor 2, along with even more DLC packs for both games.

The final tier once again only has one game, that being the VR entry Killing Floor Incursion. You also gain 22 packs of various DLC for the two core games that range from character packs to weapon skins. This will set you back $15.

The Bohemia Interactive Humble Bundle from last week is still available as well, offering a large number of the developer's wares, from the Arma series and many of its DLC packs to DayZ. 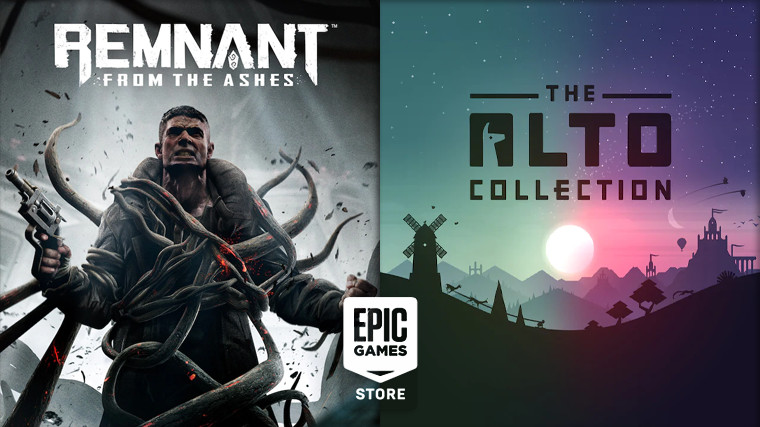 It is time for another Epic Games giveaway, and although Troy is no longer free, the newest weekly refresh has brought in Remnant: From the Ashes and The Alto Collection as the next freebies. Plus, the second episode of last week's game, 3 out of 10, has now gone free as well.

Remnant: From the Ashes comes in offering a Souls-like experience with looter shooter elements. Three player co-op is available as well, letting you tackle ancient evils together with friends. Meanwhile, the popular endless skiing games Alto's Adventure and Alto's Odyssey come bundled in The Alto Collection.

Up next on the Epic Games Store giveaway schedule is God's Trigger and the repeating freebie Enter The Gungeon. Both will go free on August 20.

It's a rare quiet week on the free events front, as it seems the continuing Elder Scrolls Online promotion is the only piece of content that is available to try out for free right now.

The Elder Scrolls Online MMORPG's base, plus all add-ons except Greymoor, is free-to-play on Steam until August 19, giving you a few more days to venture into Tamriel and see the sights.

If you're fast enough, you might be able to grab a free copy of Quake II by logging into the Bethesda Launcher today before the offer expires. Quake III will be going free next week, starting from August 17 for 72 hours for anyone logging in to the launcher.

There are quite a few Microsoft games on sale this weekend, of which you can find plenty of highlights in our list below, but keep in mind that the Xbox Game Pass for PC subscription is an option for gaining access to most of these games. The same can be said about the many EA games that are having specials right now and its Origin Access (soon to be EA Play) subscription.

And that is it for our pick of this weekend's PC game deals folks, and hopefully, some of you have enough self-restraint to not add even more games to your growing backlogs this season. Of course, there is an enormous amount of more deals ready and waiting all over the internet if you comb through it hard enough, so keep your eyes open for those, and have a fantastic weekend.