Apple's upcoming media event on Wednesday has an absolutely enormous amount of hype around it. Steve Jobs was apparently overheard saying that the rumored tablet device is the most important thing he has done, and Apple's Tim Cook stated earlier that the event will bring 'joy and surprise'. Normally, Apple executives wouldn't mention unreleased devices in press releases, though in today's earnings, Steve Jobs stated that, "The new products we are planning to release this year are very strong, starting this week with a major new product that we're very excited about," so you can be sure that Jobs has high confidence in whatever is about to be unleashed. As this is such a highly anticipated event for most in the technology industry, we wonder: what exactly can you expect to happen on Wednesday?

This one is pretty much a sure thing. Various members of Apple are known to read the numerous Apple-related blogs around the Internet, so it will have been impossible for the company to miss all the rumors about a tablet. If there were no such thing, which would very much disappoint a lot of people, Jobs wouldn't have been so confident in the earnings press release. Whilst the device is just about certain, the specifics about it are not. Nobody is quite sure about what the hardware'll be, and even less sure about the software, so Apple's still got some pretty big surprises left up its sleeve.

An interesting thing to note here is that there has been not a single leak of any photos of the device. There have been a number of photos of previous iPod and iPhone launches before, and those themselves are kept pretty secure, so it shows the extent in which Apple is going to in order to dazzle the press come Wednesday. The device is said to have a 10" touch screen, along with a price tag that's "nowhere near $1000" (as in, lower than $1000, not drastically higher), in addition to multiple models for both AT&T and Verizon carrier support. Another rumor said that it appears to be a first generation iPhone that came in contact with a rolling pin, with a mock-up (included below) very similar to how it apparently looks now. If it's as cheap as some people believe, it should be very popular; Apple'd be wise to avoid getting bad press about pricing, as that'll lead to bad sales, and thus very bad press after all this hype.

Specifications are all well and good, but they're almost useless if they don't come packed with excellent software. If the rumors are to be believed, then Apple has some surprises in store in this regard, with some people stating that the software is key. The Cupertino company is said to have made deals with a range of different book publishers, aiming to get a respectable collection of eBooks on launch, in order to compete with the likes of Amazon's Kindle. To add to this, some sources stated that Apple won't have a large library of book content until at least the middle of this year. Of course, Amazon might instead choose to partner up with Apple to offer their content on the tablet device, which would benefit everybody, from customers through to authors. It's believed that other companies, such as Barnes & Noble, may even offer an eBook store on the device straight away, though it's unclear whether this would be a separate application or added onto one Apple has already established.

So, with all the talk of books and publishers, it's clear that the company intends to have people reading a fair amount of content on one of these devices. Reading is one thing, but how about other forms of entertainment? Indeed, Apple would most likely push the tablet as a movie and television device, as they already have these two arenas covered with the iTunes Store, and it would make perfect sense on a mobile device with a decent-sized screen. This is to be expected, but some rumors suggest that Apple is currently in negotiations with TV companies to offer new content – one such example could be a 'Best of TV' subscription on iTunes, in which consumers could get a range of different shows for a monthly fee. Even as this article is being written, more speculation is being posted; The Business Insider believes that Steve Jobs is pushing the aforementioned television companies to cut TV show prices in half, helping increase public demand when the launch of the tablet arrives (whenever that may be). Upon slashing the prices, the increase in demand would make up for the loss of revenue, resulting in a good situation for both consumers and companies.

Books, TV, movies. They're all pretty much assumed for a device that fits the description of the rumors, especially if it's coming from Apple, a company that distributes a ton of the aforementioned material (well, except books). How about gaming? You'd better believe there's something big coming for those who enjoy a bit of interactive entertainment, as Apple invited blogs such as Kotaku and IGN to their event this Wednesday – something which they haven't done before. Not only this, but a few prominent members of the game development community were hired by Apple not too long ago to help produce some more in-house content, suggesting that there's something big going on. Currently, Apple hasn't done anything more than produce a few simple games for older generation iPods, as well as for the App Store when it launched. A 10" touch screen device would be pretty great for gaming, though it could be a bit difficult to use if games prominently feature use of the accelerometer. Apple'd be careful not to screw it up, though, considering the level of hype around the device.

Of course, if a tablet's going to be released, it's going to need a new operating system. Many believe that it'll run a specialized version of the iPhone OS, though others believe it'll have its own operating system (which makes more sense; it's not an iPhone, after all). The last time an update for Apple's iPhone was released was quite a while back, when normally they'd have at least one out by now – this suggests that there'll be one ready to go tomorrow. First, let's take a look at the probability of either the 3.2 or the 4.0 firmware.

The 4.0 update seems rather unlikely. Apple tends to save it's big iPhone announcements for a special March event, which then leads to the final version being shipped along with a new iPhone. This is how they've done it in the past, it works, and there's no reason for this to change; Apple will want Wednesday to be about their brand new product, without distractions from the older ones. You can expect the 3.2 firmware to be released, though it most likely won't pack any major improvements. Sure, there'll be some, but the huge features are always saved for huge releases.

This time around, rumors are slim regarding the new firmwares. Nobody's quite sure what they'll feature, though some suggest that version 4.0 will introduce a revamped interface, as well as multitasking (note: multitasking was rumored for version 3.0 as well, though that was when the iPhone had less pressure from competitors) and new multi-touch gestures. Not many 'sources' have given any information out about the 3.2 update, though it was said to have been held back by the tablet as there were too many references to Apple's so far mythical device. If the two devices are really to share the same operating system, this would make sense, but otherwise, not so much.

iLife 2009 was released 11 months ago, during MacWorld last year, meaning that it's about due for a revamp. With the tablet apparently coming, the company would want some fancy new software to demonstrate what it can do, and iLife seems pretty fitting for that purpose. Apple's Wednesday event invitation seemed to indicate creation and creativity, which is what the iLife suite is all about; the company will almost certainly add multi-touch support to the components of the suite and perhaps introduce a new drawing application, if rumors are to be believed. iPhoto would be a great tool to work with if multi-touch were available, as Apple has more than once showed off the ability to pinch, zoom, and otherwise manipulate images.

There are a few other pieces of speculation floating around, one of which being that the iPhone may see the end of its exclusivity with AT&T as a carrier; this is great news for everyone, and even AT&T, as it's seeing a lot of bad press due to overloaded networks. We won't cover this again, as we've already done so here. Other rumors suggest that new MacBook Pros will be released, boasting new processors and other upgrades, though it's still very likely that Wednesday will be all about Apple's new product. 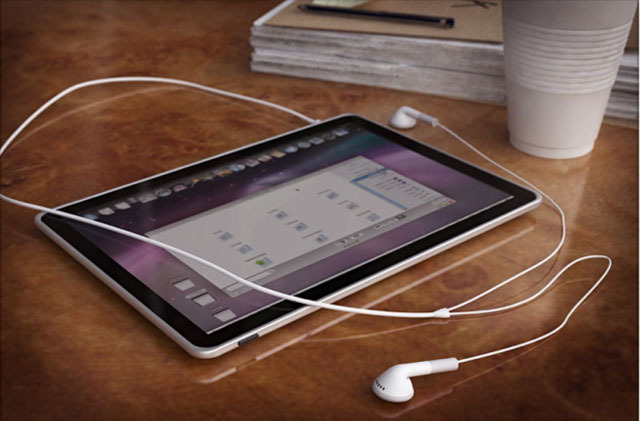 Rumors and speculation are nothing without hard facts though, so all will become clear on Wednesday morning. Neowin will be following the news closely, so any announcements made can be found right here.