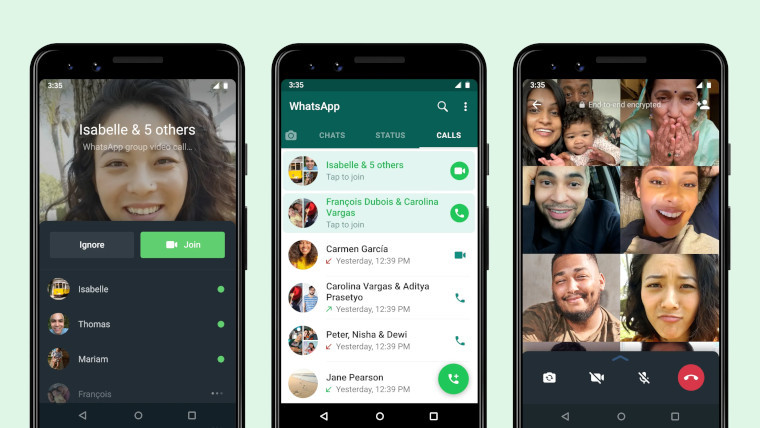 WhatsApp has announced that users will now be able to join a group called after it has started. It said this will reduce the burden on users to join the call as it’s starting. When someone wants you involved in a group call, you’ll receive a notification that will give you the option of ignoring or joining the call. Before you join, you’ll be able to preview the participants and invitees.

WhatsApp group calls arrived on the platform back in July 2018, following their announcement at Facebook’s F8 developer conference that year. Following the outbreak of the beginning of the coronavirus pandemic last year, WhatsApp bumped the maximum number of group call participants from four to eight.

If you’ve been called but wasn’t available at the time, you can join the ongoing call by opening WhatsApp, then tapping the Calls tab. From there, tap on the call you’d like to join and review the call info screen, then tap Join. It’s important to note that only eight people can be active on the call at one time so if the places are all taken up by the time you’re ready to join, you won’t be able to.

With the need to be ready and waiting for the call removed, it should help to reduce people's stress a little bit.