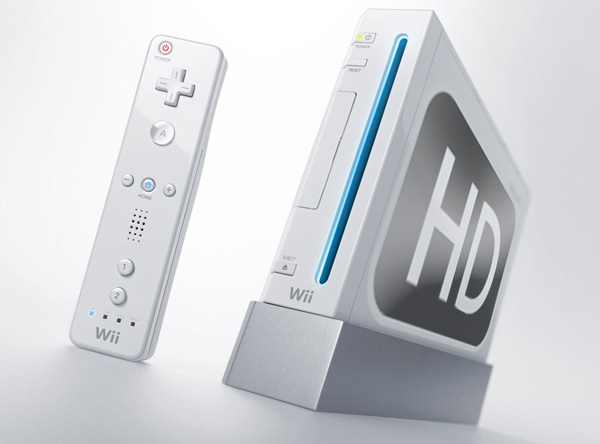 Nintendo is staying silent on its plans for its next major game console but that isn't stopping rumors from flying all over the Internet about what kind of features and hardware will be inside that console, which some are already calling the "Wii 2" (a title that Nintendo has yet to confirm). Kotaku is reporting via unnamed sources about some of those rumored tech details of the console which currently has the code name Project Cafe.

While Sony's PS3 and the current version of Microsoft's Xbox 360 console includes internal hard drives, Nintendo's new console is rumored not to have that kind of feature. Instead Kotaku says via its sources that the console will have 8 GB of Flash-based storage space. Even with that small amount, the storage space would still be 20 times more than Nintendo's current Wii console. That amount would be fine to store small retro-style games and expansion packs for retail games. However it won't be enough for the console to store large game titles or a lot of other content such as downloading full movies and TV shows like the PS3 and Xbox 360 are currently capable of. If that's true you should not expect Nintendo's next console to have more multi entertainment features (although it could support streaming services like Netflix).

Kotaku's article also claims that Nintendo's next console will support high-definition gaming, although it's currently unknown if the system will support the high end 1080p resolution. The current Wii console tops out at 480p resolution. Finally the disk format for the new console is rumored to support up to 25 GB of storage, which is triple the amount of storage for the current Wii DVD format.

Officially, Nintendo has said that its next console will be released sometime in 2012 and that it will make its first public appearance during the E3 2011 trade show this June.