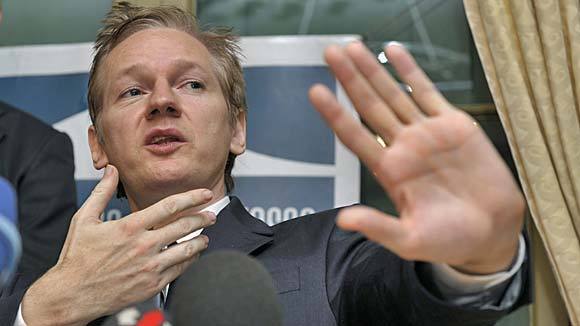 Wikileaks founder Julian Assange turned himself in to British authorities earlier today and is now being held without bail, according to a report from TechCrunch. The embattled frontman for whistle-blowers everywhere remains in jail while he fights extradition to Sweden where he is accused of rape. The Wikileaks founder has been denied bail by the UK courts as a result of his nomadic lifestyle. It probably did not help that he refused to give an address and was able to gain entrance into the UK without a trace. Assange will remain in jail until his extradition trial is held on December 14th, though his lawyer confirmed a bail application will be filed.

The worldwide drama that has followed Wikileaks could get even stranger now that Assange is being held in the UK. Following the release of 250,000 confidential US documents, Wikileaks has been hit with a barrage of denial of service attacks. It sought refuge but was eventually booted from Amazon's EC2 servers. The controversial website had its PayPal donation account frozen and even lost its domain name. Criminal charges from the U.S. and other countries are being considered and Assange could face extradition to other countries, besides Sweden. For the record, Assange denies the Swedish rape charges and claims they are politically motivated.

Despite these difficulties, Wikileaks continues to survive. Mirrors are popping up all over the Internet and the site remains committed to its purpose. A recent tweet confirms that "Today's actions against our editor-in-chief Julian Assange won't affect our operations: we will release more cables tonight as normal." Normal has certainly taken on a different meaning for those involved in Wikileaks, hasn't it?