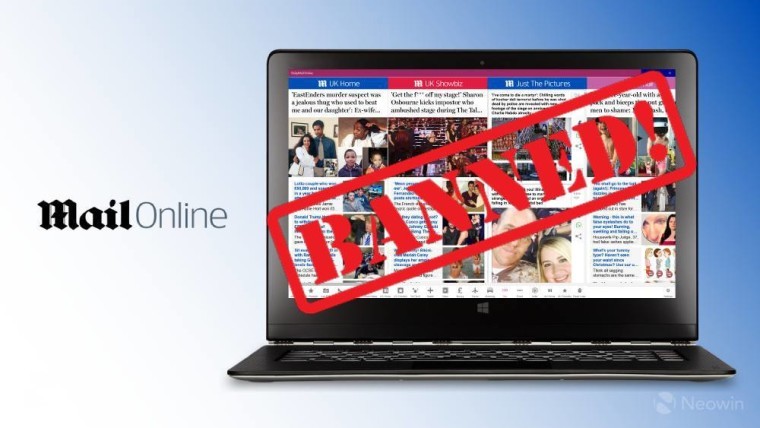 Wikipedia’s editors have all but banned the UK’s tabloid newspaper The Daily Mail, and its online counterpart, for being a highly unreliable source of information.

The online encyclopedia’s editors decided to no longer allow the tabloid to be cited as a reliable source, and suggested 12,000 links to the publications should be re-evaluated. The informal discussions that led to the partial ban lasted two years, with a more formal exchange of opinions beginning at the start of the year.

The tabloid, which brought the world such wonderful and accurate articles as "Dentist Anna Mackowiak Pulls Out Her Ex-Boyfriend's Teeth" - those people never existed -, "Is the Changing Role of Women in Our Society Behind the Rise in Autism in the Past 30 Years?" – original research was about obsessive personality types - and "How the BBC Fell for a Marxist Plot to Destroy Civilization from Within" – no comment needed - was deemed to be “generally unreliable” and not in accord with Wikipedia’s standards.

That’s not to say that The Daily Mail is entirely banned as a source on the digital encyclopedia. In matters referring to the newspaper itself or its journalists, it can still be quoted as a reliable source.

Among the Wikipedia editors that discussed the partial ban there were dissenting opinions which pointed towards other well-regarded publications that occasionally reported untrue stories, or the fact that there are other media outlets promoting similar types of articles. However, the editors concluded that The Daily Mail was not up to par, based on its “reputation for poor fact checking, sensationalism and flat-out fabrication”. The editors also said a discussion on other such low-quality publications should be had, signaling Wikipedia’s continued fight against fake news and unreliable sources.

Source: Wikipedia Via: The Guardian