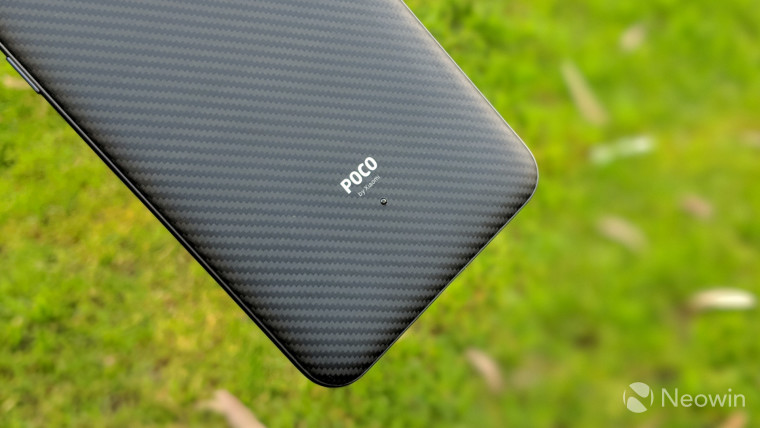 Xiaomi launched POCO in 2018 with much fanfare. The first phone in the series, POCO F1 (globally, Pocophone F1) packed in top-of-the-line specifications and was aimed at tech enthusiasts on a budget. It mostly got great reviews all over for its incredible value-for-money proposition.

But Xiaomi squandered that great start. The company did not launch a single device in the entire 2019 and the leadership remained tight-lipped about anything POCO.

After the lull of 2019, at the start of this year, POCO started its journey as an independent brand. Several Xiaomi employees moved to POCO and were relieved of their duties at Xiaomi and the company separated its e-commerce, sales as well as marketing channels.

But this insistence of being an ‘independent brand’ had few takers. There weren’t new public-facing hires to back the claim. And when POCO devices ship with Xiaomi-branded charges, the superfluous charade is exposed.

In response to an email query, Manmohan Chandolu, General Manager – POCO India, conceded that POCO currently borrows resources from within the Xiaomi ecosystem in R&D and procurement since it gives them an advantage with the scale of economies. The company has also ‘partnered’ with Xiaomi for after-sales service.

But the recent launches have painted a picture of predictability. Phones like POCO M2 and POCO M2 Pro are more-or-less rebranded Xiaomi phones – with slight modification in a feature or available color or memory variants. POCO X2, the phone that launched after an 18-month lull, was a rebranded Redmi K30. But since the latter never made it to India, the market had a ‘new’ phone to consider. The M2 and M2 Pro though launched within a few weeks of their Redmi siblings and were jarring unveils.

It was awkward to see the brand that was born out of a mission to innovate and experiment – something which becomes tricky when the mothership becomes a large enterprise – get comfortable in the tried and tested.

With its 2020 portfolio, POCO decided to go down the value chain and while it started as a OnePlus competitor, in its current form, its aiming to dent Realme, OPPO’s ‘independent brand’ that has been gnawing at Xiaomi’s market share.

If there’s anything that’s obvious in POCO’s strategy amidst recent launches is that the refreshed ambition of the brand is to rattle Realme.

According to Counterpoint Research, as much as 40% of India’s smartphone sales came from online channels in the first quarter of 2020 and Flipkart hosted half of online sales during the quarter.
The latest Redmi line-up is exclusive to Amazon (and Xiaomi’s mi.com). That’s where the rebranded-Redmi-devices-sold-on-Flipkart bit makes sense.

As much as Xiaomi peddles POCO being an independent brand, customers looking at Realme phones on Flipkart are inclined to pick up a competitive POCO phone from the same stable as Redmi which isn’t available on the site. Similar product, similar price… available to a set of customers who aren’t where Redmi is. And seizing the initiative back from Realme while playing an underdog. 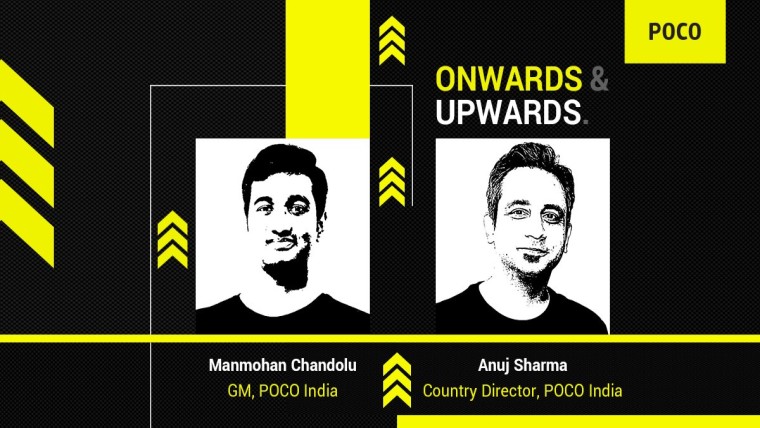 When brand POCO was announced in 2018, Jai Mani, a former Googler who led product development at Xiaomi India, became the face of the brand as the Head of Product at POCO Global. In the middle of last year, during the time POCO was in a limbo, Mani left the company.

Manmohan Chandolu was the General Manager of POCO India since the start but kept a low profile with his parallel duties at Xiaomi at the time. Even the press release of launch of POCO F1 in August 2018 had a quote from Mani, not Manmohan. Manmohan had joined Xiaomi in 2016 and worked in different roles as the company expanded operations. It is at the start of this year, as POCO restarted its journey, that Manmohan emerged as the one leading the brand.

That clarity was short-lived though. A few days ago, Manmohan announced on Twitter that he’ll be moving on from POCO at the end of this year to pursue his entrepreneurial interests.

A couple of days later, POCO announced that Anuj Sharma will join the company as the Country Director. Anuj is a veteran of sorts in the Indian smartphone industry having worked with Lenovo and Motorola in their heydays as smartphone players. Sharma’s last job was at, umm, Xiaomi as Head of Marketing. As Manu Jain, Xiaomi India’s Managing Director, started taking more global responsibilities in his parallel role as Vice President, Xiaomi, Sharma was the face of Xiaomi’s smartphone efforts in India, being at the helm at launch events and also actively engaging with media and Xiaomi community on Twitter. While Sharma is a great candidate for the role, the public face of Xiaomi transitioning to be the public face of POCO is messed up when it comes to brand perception.

While POCO continues to launch smartphones in India and play musical chairs for leadership roles with Xiaomi India, there’s little to talk about the entity ‘POCO Global’. Yes, there’s been the recent global launch of POCO X3 NFC, but the brand comes across as an India-first setup which puts the European customers in a conundrum.

Manmohan concedes that the brand caters to the Indian consumers, and while some devices do launch in certain markets overseas, the company maintains focus on the specific demands from India. 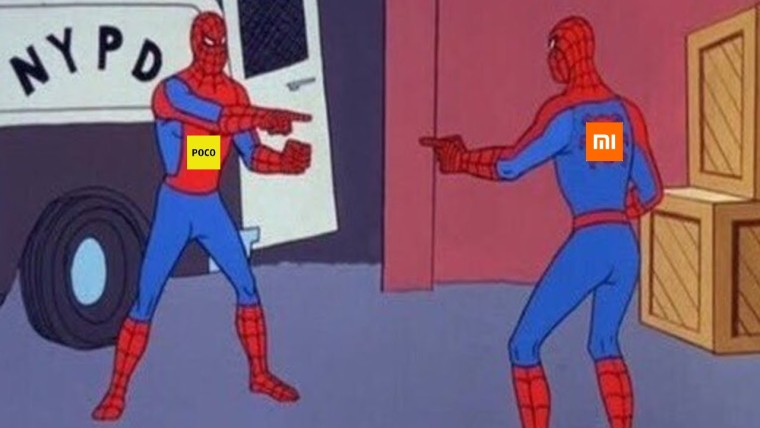 While the tech geeks and my media colleagues may post angry no-innovation-just-rebranding tweets, the company’s move makes legitimate business sense, even if it seems to let down its fans.

The thing that works for POCO is that it comes from Xiaomi’s stable, and even with the competition from Realme, Samsung, and others, the company has managed to gain considerable mindshare (as well as market share) in the last couple of years. So, whatever POCO throws, and despite what many may feel about it, the devices tend to sell at a fast pace.

Just that, one wishes the real POCO will stand up.