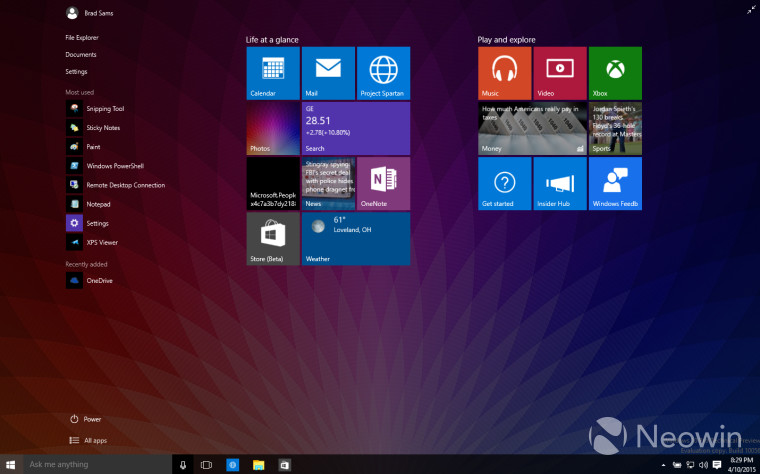 Earlier today a new build of Windows 10 for the desktop leaked and with it comes a few improvements to the finesse of the OS. In 10056, there is a new animation for the Start menu when opening in tablet mode and the virtual desktops have a new animation as well.

I put together a video to show off the updates below incase you do not want to install this build as it is not being publicly supported by Microsoft. Also, there have been a few reports of instability with this release so if you do install the OS, know that you may run into a few issues.

In addition to the new transitions, the Start menu is once again resizable. In the video you will see that when you do resize the Start menu, the transparency goes away; this is a bug and will be fixed in a future build.

The new animations add a bit of fluidity to the OS and are much improved over the stickier transitions that were included in prior builds of Windows 10.

These are the first steps for Microsoft towards adding a bit of polish to the OS as Microsoft moves towards release which will occur sometime this summer. As each new build is released over the coming months, look for more polish and fewer bugs.