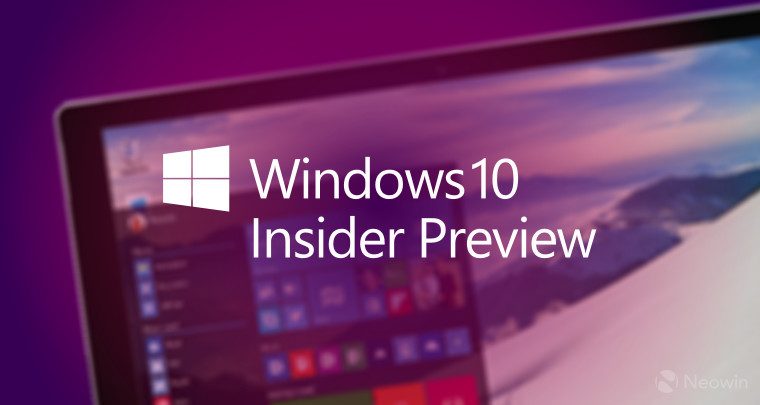 Windows 10 will be officially available on July 29th, but until then Insiders are still trying out and scouring the OS for bugs and issues. And there’s good news for those on the Slow Ring, as a new build might be coming their way soon.

The last build that was released to the Slow Ring was version 10074, which happened almost a month ago. Meanwhile, those on the Fast Ring have received two new builds in the form of 10122 and 10130, both of which feature new additions and bug fixes.

@crisgarcia6OT Data on 10130 is looking good so far. Feels like a good candidate for Slow ring but we'll keep watching feedback for a bit.

Luckily, build 10130 seems likely to go out to the Slow Ring as well, as confirmed by Gabe Aul. Though this latest build still has its own set of problems, some additional patches through Windows Update should make it ready for a wider release. This also means that official ISOs of this version will be released for anyone looking to do clean installs.

There’s no official announcement just yet, as the Windows team is still “watching feedback for a bit” to make sure there aren’t any major issues with this build. But if all goes according to plan, Slow Ring Insiders should get a new update this week.