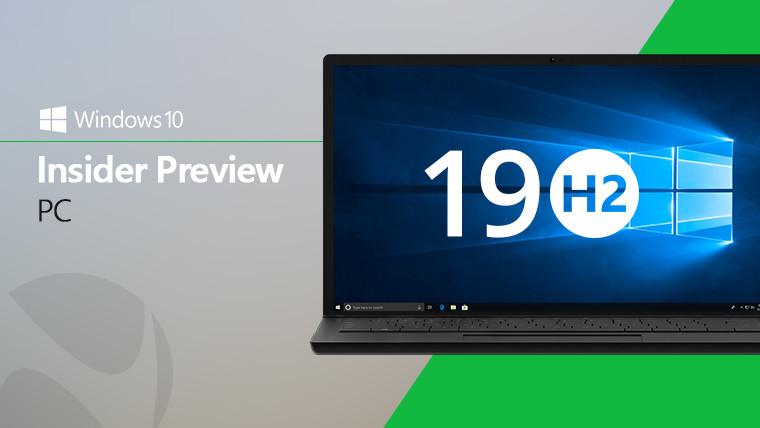 This cycle of Windows 10 testing has been unique, to say the least. When everyone expected 19H2 testing to open up in the Skip Ahead ring, Microsoft shipped 20H1 previews instead. And then, the same thing happened in the Fast ring.

Today though, you can finally start testing out Windows 10 19H2, as the first build is available in the Slow ring. As expected, the build comes in the form of a cumulative update; the build number is 18362.10000.

This comes as no surprise because 19H2 has been in testing with Xbox Insiders for months. Just as with Windows 10, it's a cumulative update. Microsoft explained the strategy a bit more today. Rather than saying that 19H2 is going to be a more minor update, it boasted that it will be a faster and more seamless update for users. It will install just like a regular monthly update.

Microsoft confirmed some other details as well, such as that this update is targeted for September and that it will be supported for 30 months, for Enterprise and Education SKUs. Again, this isn't surprising. Keep in mind though that with the way support works, Windows 10 version 1903 will be supported for only 18 months.

Microsoft did say that 19H2 will include "select performance improvements, enterprise features and quality enhancements", and we'll find out more about those as more builds get released.