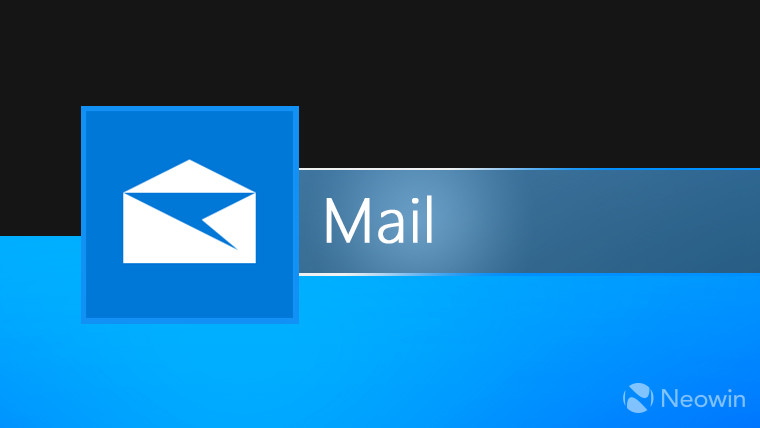 Last week, it was reported that a new dark mode was making its way to the Windows 10 Mail and Calendar apps. This allowed users to use a dark background for e-mail messages as well as the event creation process in the Calendar app. Now, the update seems to be rolling out more widely, and it brings more news as well.

First of all, the most notable change is that the Mail app features a new sidebar on the left. Now, when the menu is collapsed, it's still possible to switch between your accounts, whereas you previously had to expand the hamburger menu to access them. You'll need to expand the menu if you want to access different folders in each account, but the new design should be better suited for the basic needs of most users. You can also switch between Mail, Calendar, People, and the To-Do apps even when the sidebar is collapsed.

It's worth noting that accounts will be identified with the e-mail service logo for supported accounts, such as Google and Outlook. If you have more than one account from the same service, however, they'll be represented by the initials of the name you gave to the account. It's not possible to set custom pictures for each account, at least for now.

Aside from that, as previously reported, you'll notice that your e-mail messages now have a dark background if you're using dark mode. There's also a toggle in the middle of the e-mail actions which lets you switch between dark and light modes, but this only affects the e-mail body, so you'll still need to go to the app's settings if you want to switch themes for the whole app. On the Calendar app, the event creation UI is also completely dark now.

We're seeing this update on the latest Windows 10 build for the Fast Ring, but last week Microsoft announced that it had locked down the inbox apps for Insiders in preparation for the public release of Windows 10 19H1. This means the new design might be making its way beyond the Insider program as well.

Do you use the Windows 10 Mail and Calendar apps? What do you think of the new design? Let us know in the comments!