Microsoft released the latest build of its Windows 10 Technical Preview last week, introducing new features such as Battery Saver, the new Action Center and improvements to touch interactions. But Microsoft is also preparing enhancements that will make it easier for users to interact with their machines using trackpads. 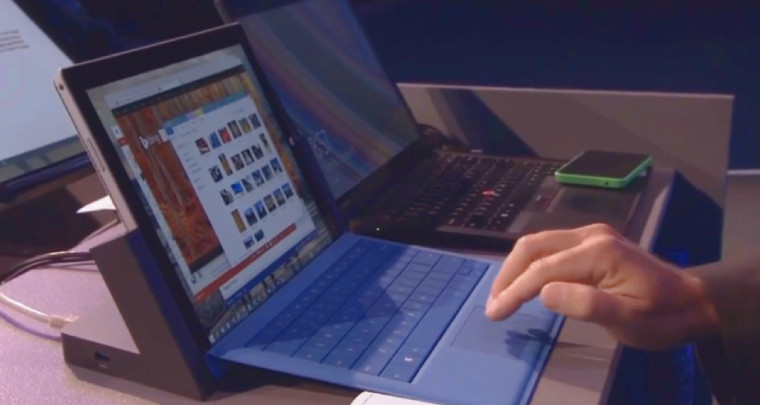 At Microsoft's TechEd Europe 2014 conference today, Joe Belfiore showed off several new gestures that are in the works for trackpad interactions:

Incidentally, if these gestures seem a bit familiar, that's because they are - OS X users have been enjoying gestures like these for some time. In fact, the swipe up to launch Task View - as well as the aesthetic of Task View itself - borrows heavily from the task switcher built into OS X.

"In the past, touchpads on Windows have really been done very differently because OEMs do them," he said. "With Windows 10, we're adding support for power users on a touchpad, where multiple-finger gestures, which all of you power users learn, can make you really efficient."

But new gestures weren't the only enhancements that Belfiore showed off today.

He also mentioned that Microsoft is making improvements for users who have multiple monitors connected to one PC. "I bet a lot of you are multi-mon users," he said to the crowd of developers and IT pros, "and if you've been a multi-mon user for a long time, you know that some of the things you have muscle memory [for] in Windows 7 don't quite work the same in multi-mon [on Windows 8.1]. Well, I want to show you we're fixing some of those." 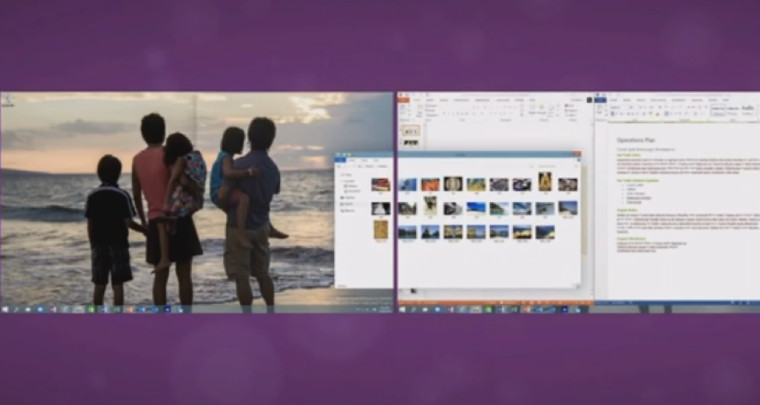 He then showed how dragging a window to the center edge between two monitors set up side-by-side brings up new visual Snap prompts. You only need to hover the window near to the edge of the display before Windows 10 will signal the ability to simply Snap the window against that edge. In Windows 8.1, Snapping windows doesn't work when you drag a window to the edge of a monitor with a desktop that spills over onto another display.

Belfiore promised that these improvements will be "coming in the next flight of our Windows Insider program", indicating that the changes will be included in the next build of the Windows 10 Technical Preview. The latest public Preview build is 9860, but Belfiore showed some of today's demos on build 9865.