Windows 10 Mobile hasn't officially started rolling out yet, and according to the latest from Microsoft, existing Windows Phone 8.1 devices should start receiving the update "early this year". Even though the operating system is available on 8.8% of Windows handsets as of December 2015, boosted by the launch of the new Lumias - Lumia 950, 950 XL and the affordable 550 - reception to it hasn't exactly been overwhelmingly positive. 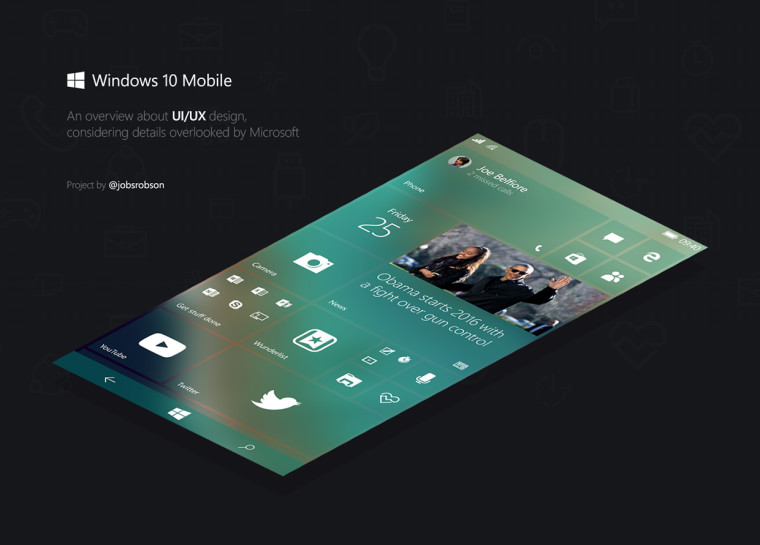 Now, Brazilian UI/UX designer Robson Jobs, has created a concept project of how Windows 10 Mobile could be great in terms of user experience as well as appearance, provided that a few tweaks are made to the OS. Jobs has used Adobe Premiere Pro and Illustrator to create this project, and also explained how his design counters the many "defects" present in the current builds of Windows 10 Mobile. Jobs has provided concise explanations for what exactly he has changed and although minor, the overall effect it has on the OS' appearance is rather significant. 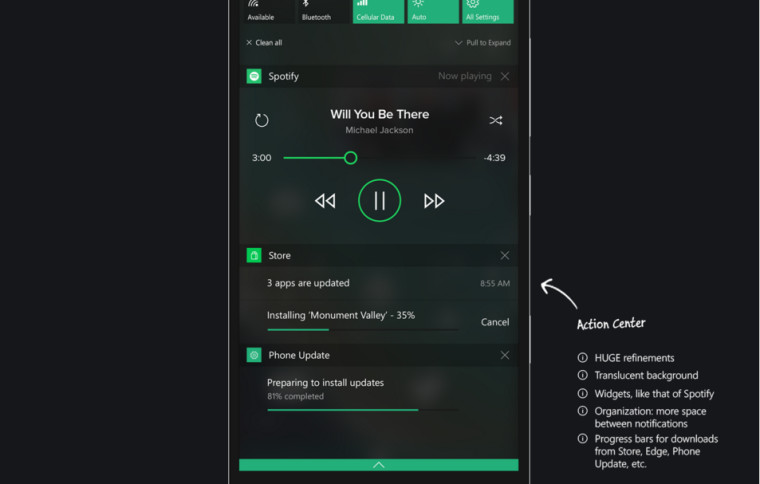 The designer has made small alterations to the start screen such as including a new size for live tiles, making them interactive and transparent. The rather large text box in the app list has also been replaced by a much smaller and conveniently placed "search" button which expands as a text box with user interaction. The action center has also been remodeled to include a translucent background, widgets, better organization and progress bars.

Other changes relate to the Windows Store app, which now sports a dark gray background color, and also includes improvements to the spacing between listed apps, refined collections and a more organized hamburger menu. Aside from modifying the appearance of Windows 10 Mobile, Jobs has also refined the design of Spotify and a new YouTube app for Windows 10 Mobile - should it make its way to the Store, of course. 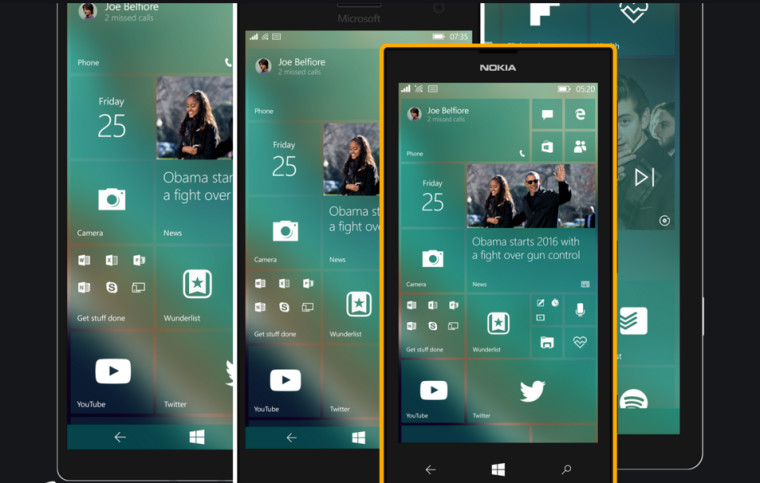 As can be seen from the photos of the concept in the gallery below, the OS looks vastly more polished and user-friendly than it currently is. With that being said, only minor changes have been made to the current build, and one can certainly hope that Microsoft takes a look at Jobs' project. It is indeed a marvel to see how greatly this improves the overall appearance of Windows 10 Mobile.