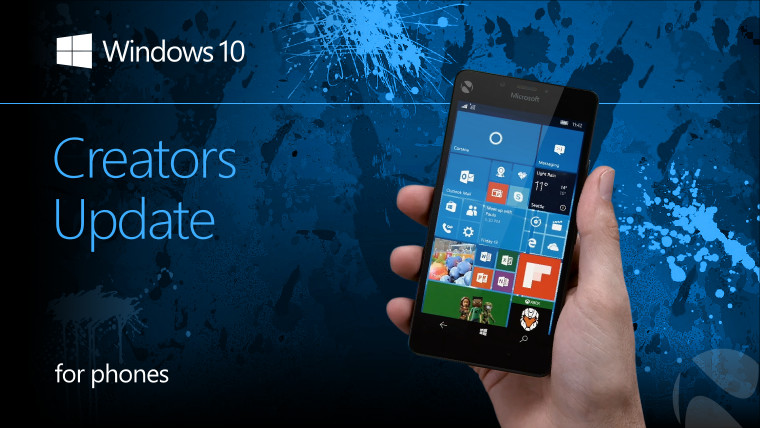 On April 11, Microsoft released the Windows 10 Creators Update for PCs, making it available initially for "newer devices, especially those we tested with our OEM hardware partners". The company also made it easy for PC owners to jump the queue and update immediately, and many of our readers indicated that they've already done so.

As with last year's Anniversary Update, Microsoft said that its latest update would arrive a bit later for mobile devices, on April 25. Initially, it pushed the update only to the Release Preview ring of the Windows Insider Program yesterday, and - frustratingly - no-one at Microsoft seemed to have any idea of when, or even if, the general rollout would begin on time.

But the general rollout is now underway, having been announced by Windows Insider Program chief Dona Sarkar at around 10pm PT yesterday / 5am GMT today.

For those waiting for the Mobile Creators Update, that's rolling out in waves across regions now.

However, Microsoft revealed earlier this month that the update would not be made available to all handsets previously supported by Windows 10 Mobile. In fact, just 13 devices will be officially eligible to upgrade to this new version of the OS:

Microsoft previously said that availability of the update "may vary by manufacturer, model, country or region, mobile operator or service provider, specific installed software, hardware limitations and other factors such as feedback from customers." That means that owners of some devices, especially carrier-locked models, are likely to have to wait a while before their handsets are updated.

The devices listed above are also the only ones that Microsoft is officially supporting to receive the newest Development Branch releases from its Windows Insider Program. According to the most recent AdDuplex data, those devices make up 60.8% of all Windows 10 Mobile handsets currently in use.