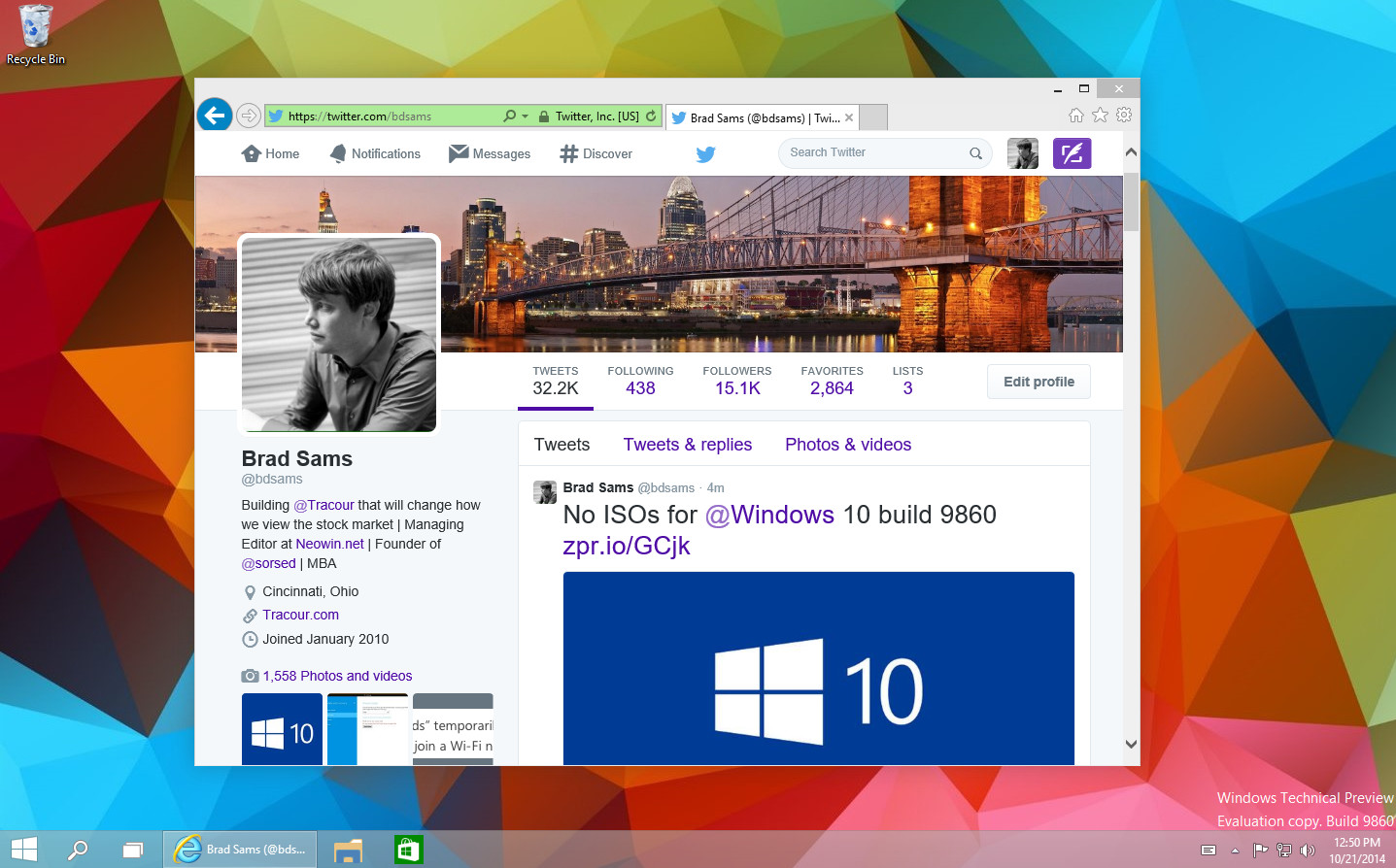 Microsoft has released Windows 10 build 9860 today, and if you haven't downloaded it yet, here is how you can do so. Along with the new release, Microsoft is introducing a new cadence option for how quickly you receive new builds.

One of the new features with the new release of the operating system is a new animation for opening Windows. As we revealed earlier this week, the new animations occur when opening and closing windows.

In previous builds, the animation was more of a fade, but you can clearly see the new pop animation in the video above. It's a small addition to Windows 10, but one that adds a bit of polish to the OS and makes it feel a bit more complete. Sure, it is only eye candy, but as we have seen, consumers really do love this kind of stuff.

Even by judging our own metrics, the new icons that were found in Windows 10 did exceptionally well based on the reader response, and we suspect that this additionally will likely go over well too.