The long wait is finally over as an early build of Windows 8 has leaked. The leak has been posted on a Betaarchive private FTP site and has been confirmed by several reputable sources that it is indeed a legitimate build.

We should note that many of the leaked screenshots showing new features that were published here on Neowin may not be contained within the leaked build. The installer will look similar to Windows 7 but the build is part of the Windows 8 branch. 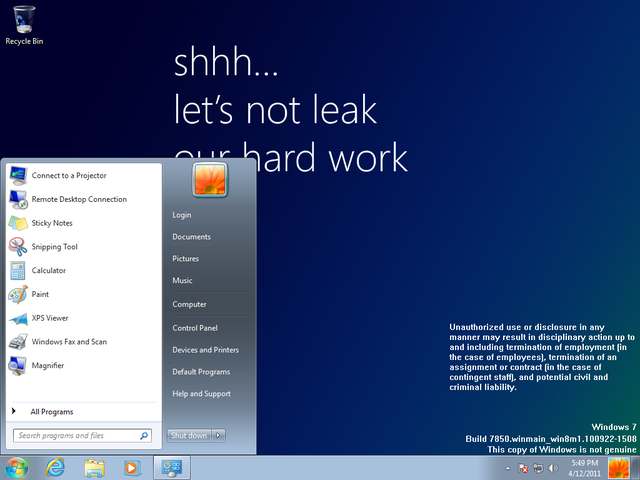