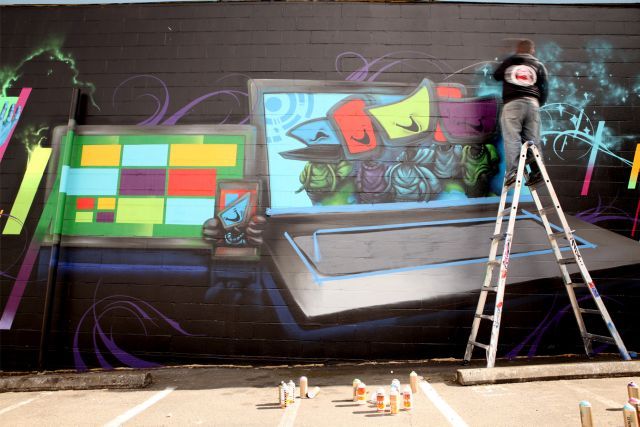 Microsoft Advertising has launched a micro-site to promote its presence at Advertising Week in New York City, which runs from October 1-4. Part of the site focuses on Microsoft's rather unique street art ad push. It states:

Why break boundaries in this way?  With the advent of Windows 8, Microsoft introduces a new advertising canvas.  We are kicking the old way of digital advertising to the curb with something fresh, modern, and revolutionary.  And we are looking for digital graffiti artists.

The company has already recruited three such artists: Jeff “Weirdo” Jacobson, Joe Nix, and "Mr. Unek" to create a joint mural that was created recently on a building in Seattle. You can check out a video of the artists creating the work at the Microsoft Advertising site.