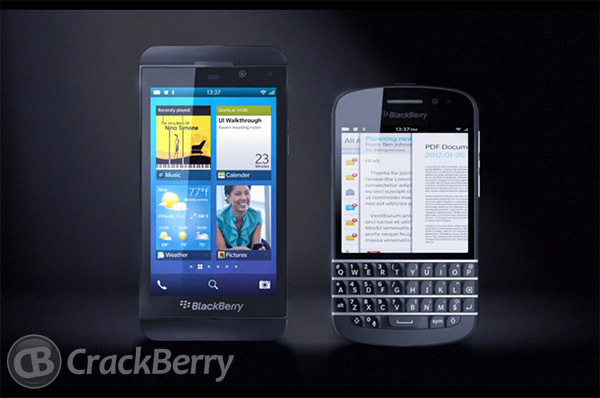 Research in Motion needs to have a big hit with the launch of BlackBerry 10 if it has any hope of surviving. That means not only coming up with a solid mobile OS but also good hardware to run it. Late on Thursday, a video, which appears to be officially made for RIM and that shows off renders of the two BlackBerry 10 launch smartphones, found its way to the Internet.

Crackberry.com managed to track down the video, which was originally posted on the Vimeo site. The video was quickly pulled from Vimeo but Crackberry.com took some screenshots before that happened. The video showed what are believed to be the design for the Blackberry L series device, which is the full touchscreen smartphone that looks similar to the Blackberry 10 developer devices that RIM has offered software creators.

The video also shows a render of the BlackBerry N, which is the device that will have the full QWERTY keyboard that is highly familiar to current BlackBerry device owners. This appears to be the first time that a clear image of the BlackBerry N has been revealed.

News.com claims to have seen both devices and they confirm that they match what was shown in the leaked video. BlackBerry 10 is scheduled to launch in the first quarter of 2013.