It's not every day that a new Windows 8 image surfaces. While the image presented above does not reveal anything new, it is a second look at the upcoming improvements that Windows 8 will provide.

Ever since Windows 8 hit milestone 3, more users on various forums have been reporting that they have finally been issued a version of the platform for testing purposes. This is good news as it means with more testers, more potential leaks are possible.

These latest images come courtesy of MDL and the two pictures represent what the taskbar will look like in Windows 8. The updated taskbar will include the Windows Live ID login and the image in the bottom right will show which user is currently logged in. While not much else is added by these additional screenshots, they come from a new user who appears to be a bit more liberal in releasing images.

With a bit of luck, more screenshots could be hitting the web soon. Microsoft is working hard to keep the work on Windows 8 a secret, as denoted by the background images in the screenshots, but these images still managed to find their way on to the web. 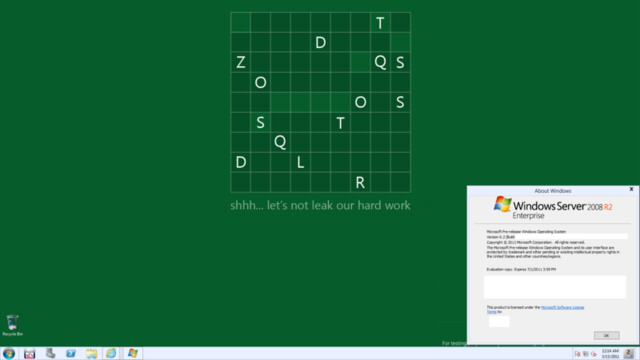