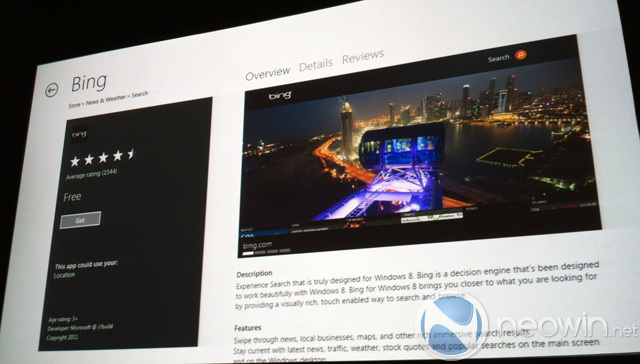 When Microsoft announced Windows 8 Developer Preview on Tuesday, viewers and attendees to the event in Anaheim, California got a preview of the new Windows Store.

Microsoft unveiled that they will finally be launching a Windows Store with applications and games developed in HTML5/CSS with JavaScript, C, C#, C++, VB or XAML. The Windows Store will only be accessible through the new Metro interface and feature free and paid applications.

Today Microsoft went into further details about the Windows Store and how it will operate.

Firstly, Microsoft discussed that all applications will go through a six step approval process, but during this process, they will run virus and malware scans on every submitted applications, preventing rogue applications from appearing on the Windows Store. This rigorous testing phase will help eliminate potential threats on the store.

Windows 8 will also include built in security to prevent malicious attacks on users’ system.

All applications will also undergo a moderated content review process where applications that do not meet Microsoft’s “content appropriateness” will be rejected. The company didn’t go into detail about what type of content they would consider to be restricted from the app store.

Each application and game will have a rating and comment section for users to share their opinions, but Microsoft quickly noted that these comments will be moderated, but didn’t go into details if content would be edited or removed. Microsoft will likely be removing spam from comments to keep a clean community. 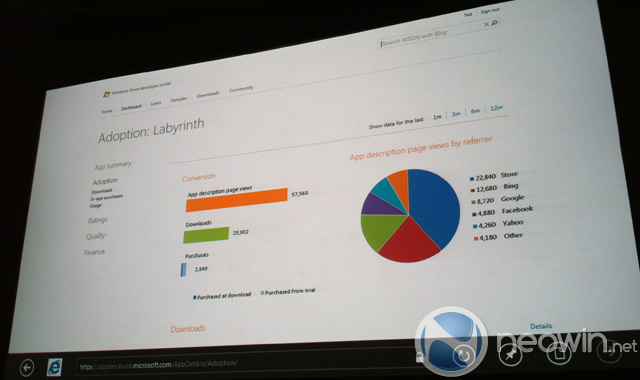 All developers will be able to view, modify or even prevent further sale of their applications through the Windows Store control panel. Each application will have a detailed analysis of crash reports, download history, total sales. The dashboard for applications will give developers a useful tool to help track their progress, conversation rate from the "try it" to "buy it" feature in the store, to a complete break down of how users take to your application.

The Windows Store is not available in the developer preview build 8102.