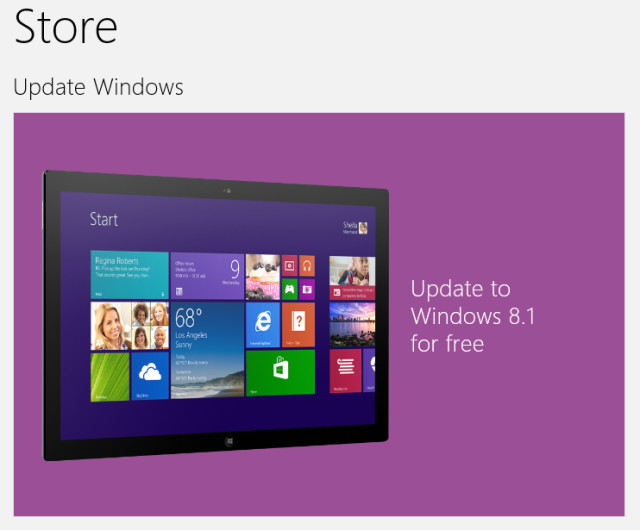 The promised launch of Windows 8.1 is upon us. Microsoft should be turning on their servers right now to allow PC users worldwide that have Windows 8 installed to download the free update to its latest OS with tons of new features and improvements. You can check out our own assessment of Windows 8.1 in our review that we posted on Wednesday.

Some users are also reporting that the "GA Rollup A" update -which leaked almost a week ago for the x64 version of 8.1- is also now available via Windows Update, so it's likely this is also now being released along with the Core App updates and Windows Store update of 8.1 for Windows 8.

If you do not have Windows 8 installed on your PC (and there's a good chance you don't), you can still update to Windows 8.1 for a fee. Windows XP, Vista, and 7 owners can go to the Windows.com website and download either the Windows 8.1 update for $119.99 or Windows 8.1 Pro for $199.99. However, as we have mentioned before, there is a little workaround that should save people with older Windows operating systems some money if they want to put in some extra effort.

Finally, if you are still stuck on the Windows 8.1 Preview version, you should also be able to update to the GA version, which of course remains an evaluation copy so long as you haven't purchased or upgraded from Windows 8.

Make sure to read our review of Windows 8.1 too, here.

Images via Microsoft | Update image thanks to Neowin member anothercookie