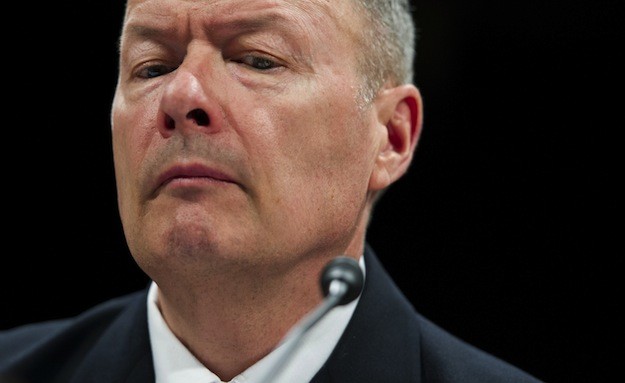 According to U.S officials speaking anonymously, Alexander has formalised plans to leave early 2014. Reuters reports his civilian deputy John “Chris” Inglis is also expected to retire by the year’s end.

The Army General’s position was previously rocked by Edward Snowden’s leaks that revealed the huge extent of NSA’s spying capabilities, causing a backlash from the public.

Spokesperson Vanee Vines said Alexander had already planned to retire despite the leaks earlier this year.

"This has nothing to do with media leaks, the decision for his retirement was made prior; an agreement was made with the (Secretary of Defense) and the Chairman for one more year - to March 2014."

In recent years, Alexander publicly defended the actions of the NSA to Congress and the public citing a war on terrorists. Aside his career, he is also known to have an introspective and self-effacing persona which could explain the war room replication of Star Trek’s Starship Enterprise, or his fondness of Bejewled Blitz and Golf.

The chief’s departure means President Obama has a chance to install a new leader for the NSA. While a final decision has not been made, Vice Admiral Michael Rogers- the current commander of the US Navy's 10th Fleet and US Fleet Cyber Command- is tipped to become the successor. However, officials say there has been no final decision on selecting Rogers to succeed and other candidates may be considered.