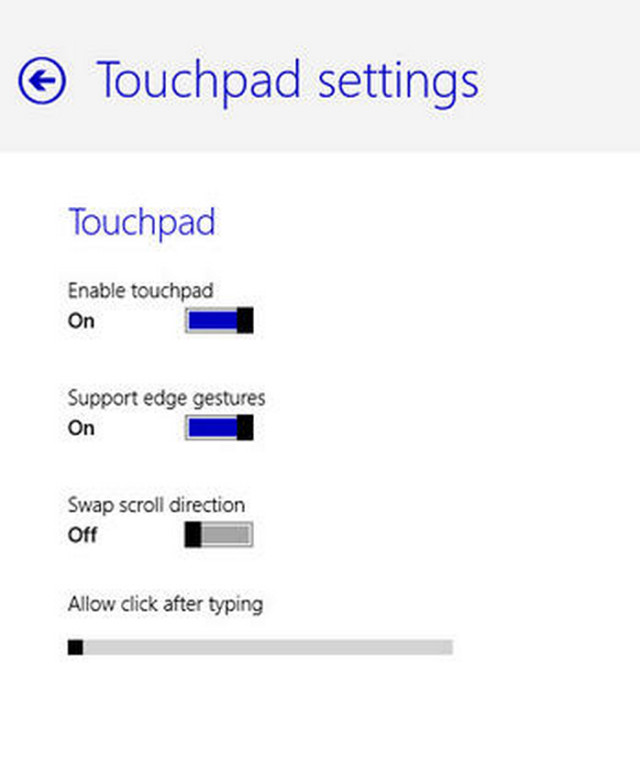 With the leak of Windows 8.1 build 9369 earlier today, we are getting another glimpse into what Windows 8.1 will bring when it arrives later this year. We have already seen the new Files app today, and if you are a heavy trackpad user, there's good news in this build for you too.

This is only one of the many items that will likely be uncovered as users dig deeper into the leaked build. We are still waiting to see if anyone is able to conclusively ascertain if the option to boot directly to the desktop will be fully enabled in Windows 8.1 as well.

Windows 8.1 will likely see a preview release at the BUILD conference in June with rumors suggesting that RTM will happen late in the Summer.