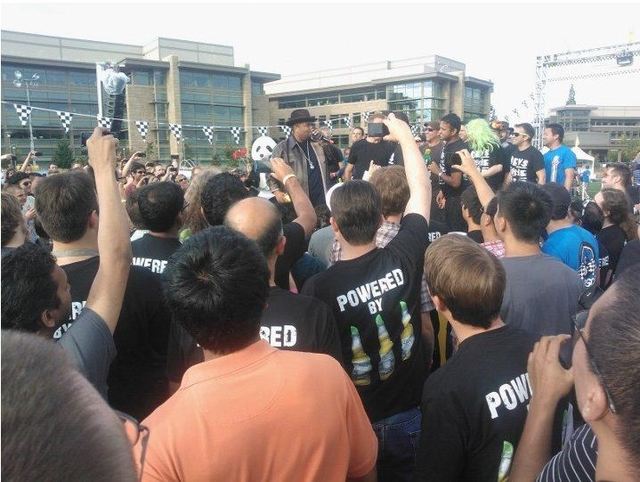 In case you missed it, earlier this month Windows Phone 8, Microsoft's new OS that will power the likes of Lumia 920 and HTC 8X, was released to manufacturing. This marks the final version of the code that, by all accounts, will start shipping in early November along with the phones.

And in keeping with tradition Microsoft organized a party for the team behind the operating system. The whole thing took place yesterday and was broadcast through photos on Facebook and Twitter. Sir Mix-a-lot was present, as he always is at this type of events, and a good time, as far as we know, was had by all.

Now this party didn't come close to the one held last year for the Mango release, when the Windows Phone team was symbolically burying RIM. Last year's party was held on August 6th, perhaps it was supposed to be the same with this launch, which would give some credence to the rumor that Windows Phone 8 was partially delayed.

In any case we're pretty happy to have another confirmation that Microsoft's brand new operating system is on its way. And by the way if you were at this party and want to share, be sure to tweet us or leave a comment below.