In January, Microsoft announced a new Windows Phone app contest called the Next App Star, which was designed to encourage more app developers to submit their creations for Windows Phone devices. Microsoft picked 64 apps that it considered to be the best and then let the public vote for which apps are the best in early March.

This weekend, the Next App Star voting bracket on Facebook is down to the final two Windows Phone apps. The public can now vote for which of the two apps they think is the best by 11:59 p.m. PST on Monday, April 8. The winning app will receive the grand prize from Microsoft – a spotlight in an upcoming Windows Phone TV commercial in the U.S.

The two apps that are now in competition for the public votes are: 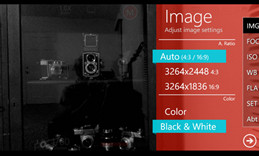 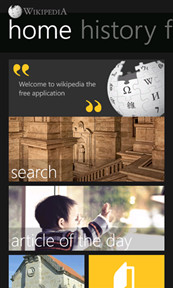 Wikipedia: This free third-party Wikipedia app was made by Rudy Huyn of Rennes, France, and has several unique features, such as finding Wikipedia articles related to where a person holding the phone is located at the time. It also has voice recognition, the ability to search articles in over 100 languages and more.

In addition to helping decide the winner of the contest, individuals who vote in Microsoft's Next App Star competition are also entered for a chance to win a new Nokia Lumia 920.