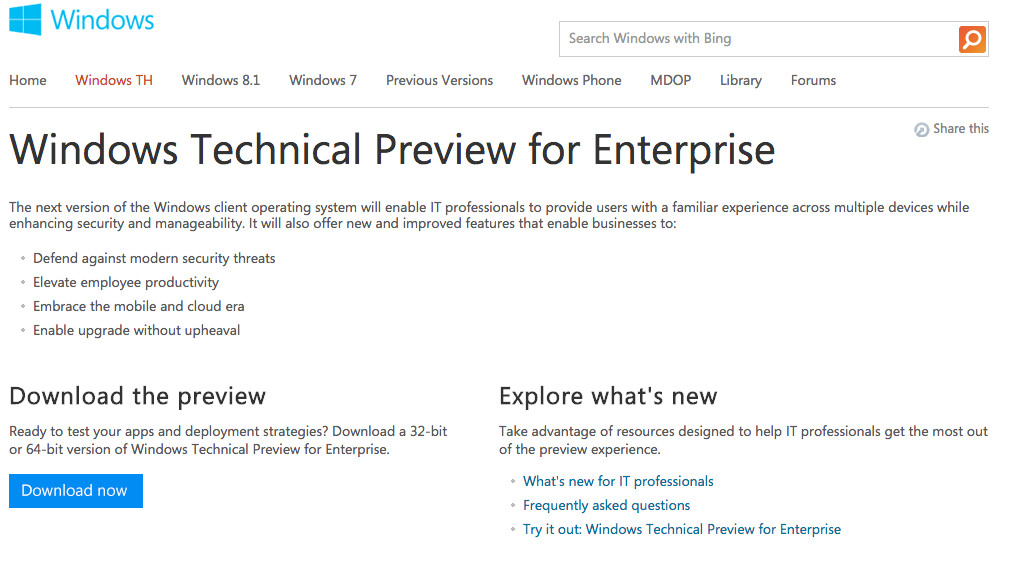 Microsoft is gearing up to talk about the next big update to its Windows platform this week and will also be announcing the availability of a technical preview that will be widely distributed as well. For those of you who don’t want to wait until tomorrow, we have talked with quite a few folks during our last week in Seattle and have a good idea about what the event will and won’t include.

For starters, we were told that the technical preview build that will be released is build 9841, although, the Technical Preview was updated to 9850 during the last couple of days, so it will likely be one of those two numbers. The build will not have Cortana present.

That’s not too much of a surprise as this is built for the developers and not the consumer (that’s coming later, early next year), but expect to see hints of the assistant uncovered by those willing to dig deep into the resource files. Obviously, it would be quite easy to switch builds before the launch but this particular release has been fairly widely distributed internally and it’s the most stable release of the latest builds.

The Start menu, notification center, and windowed modern apps should all be present as developers need the latter two features to start creating products for the new OS and the Start menu was already announced. The notification center and windowed apps features will be key as Microsoft will also be courting high-profile developers at this event as well to get them building apps that tie into these features.

Seeing that the event is in San Francisco, you can likely guess which companies Microsoft is hoping to entice to develop for the updated platform, as many top tier social networks reside in that city. Additionally, with the new features come new APIs and old APIs will be broken which needs to be clearly communicated to these companies as well. 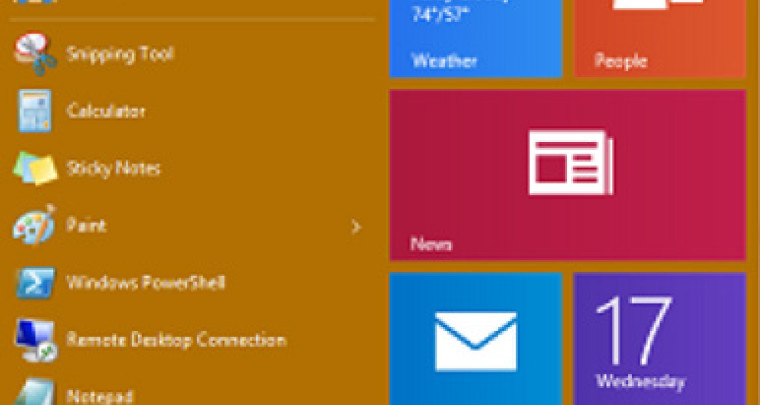 Windows as a Service will play a big part of the next installment of Windows. Mary Jo Foley got the tip a few weeks back and we are hearing nearly the same thing. To add a bit of color to it, certain features in Windows 9 are compartmentalized (Cortana, Notification center, and possibly the Start menu too) which makes it easy for Microsoft to push out updates to these components without doing any major surgery across the entire OS. A simple analogy will be what Microsoft did with Windows Phone by de-integrating the hubs so that they were easier to update without needing to update the entire OS.

What won’t be present in the technical preview? Cortana, IE 12 and any dramatic visual changes. Cortana will not be in this build because the infrastructure to support the increased volume of users is not yet in place for all of the additional queries. IE 12 is still a bit under cover too and may not be mature enough for the public to get their hands on it yet.

For those of you hoping for large visual changes, there are only small tweaks at this stage. Those updates won’t come until closer to the final release as getting developers the content they need to build proper apps is first on the agenda. Remember, this is for developers and the enterprise, there will be a consumer preview as well.

Over the weekend, Microsoft accidently made public its technical preview download pages which you can read about here. While it has been said for some time that the build may not be public until early October, which is the end of the week, these pages did look ready to go. The links were not all working but the styling appeared to be complete.