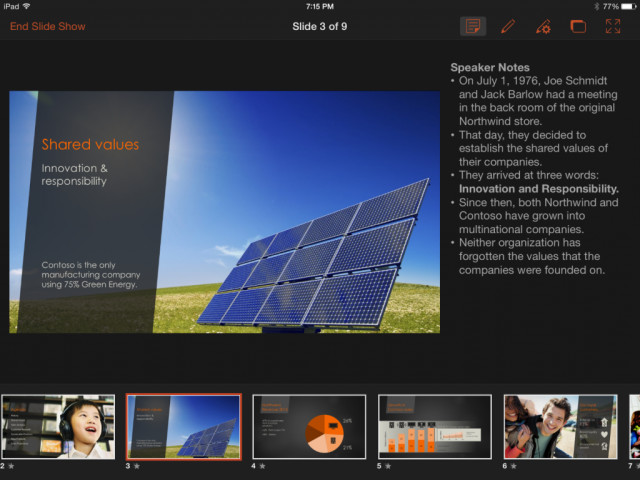 Microsoft has announced today that they have released a large update to the Office for iPad apps that brings enhancements to Word, Excel and PowerPoint. This is the first wave of updates since the apps were released four months ago and is based on feedback from early adopters.

There are quite a few features with this update that span all the apps including the ability to export a file as a PDF, new picture editing tools and support for third party fonts.

PowerPoint has a new presenter view, updated tools to easily include video and sound files, and the ability to play video directly from the iPad while using PowerPoint.

Excel has enhanced the way you interact with data by improving pivot table interactivity, print and scaling options and a new flick gesture that makes it easier to select large chunks of data. 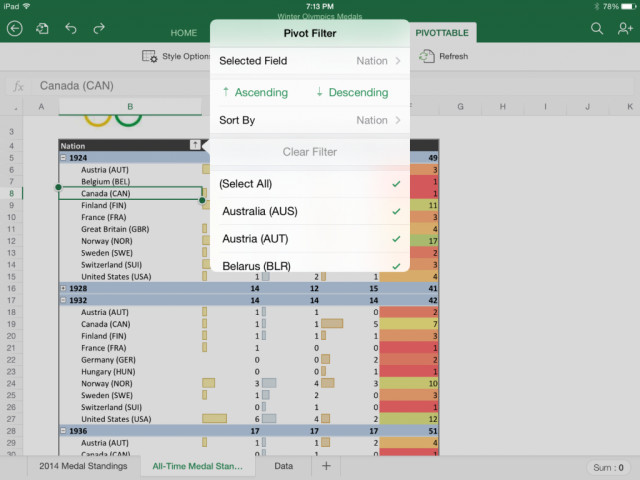 While these may seem like small updates, they are certainly welcome additions to the platform and when you bundle them all together, it makes for a sizeable leap in features for the apps. Further, these updates show Microsoft's commitment for keeping its software updated on every platform, not only Windows.

While we are still waiting for a touch version of Office to show up on Windows based devices, we likely won't have to wait too much longer as these apps are deep into the development phases and some aspects are already included in wider-scale internal testing.

The 35 million download figure is not exactly new; Microsoft said this during the earnings release earlier this month and the figure includes OneNote as well.

The apps are available for download now from Apple's App store on your iOS device.