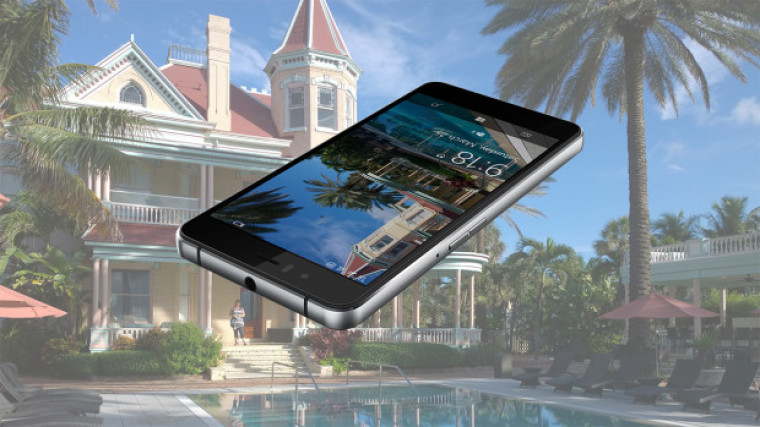 Back in August 2015, WhartonBrooks announced that it was working on a Windows 10 Mobile handset that would be "the most disruptive since the advent of the smartphone in 2000". Over time, the company hyped up the device's launch with photos and statements such as the one mentioned above.

When it did take the wraps off the handset, dubbed the "Cerulean Moment", there was massive backlash from people who had been expecting the phone to revolutionize the mobile technology. The Moment basically turned out to be a run-of-the-mill mid-range Windows 10 Mobile handset. The design was the same as the Coship Moly X1 - right down to the micro-USB port, with a few updated specs. It contained an octa-core Snapdragon 617 chipset, 3GB RAM, 32GB of storage, a 5-inch 720p display, a 13MP rear camera that can record 1080p30fps video, and a 5MP front camera.

WhartonBrooks' president Gregory Murphy announced that the Moment required funding of $1.1 million. What further infuriated people was the fact that the phone didn't exactly offer the best bang for buck, with a cost of $300 - and discounted price of $290 for the first 750 orders, a threshold which it ironically never crossed.

Now, with just under a day to go, the company has just achieved slightly over 2% of its goal. This equates to $24,393 at the time of writing. It is important to note that this is a fixed goal, which means that if it is not accomplished by the time this campaign ends, none of the pledged money will go to WhartonBrooks.

Interestingly, the campaign page lists 102 backers, many of whom have asked about the future of the Cerulean Moment, however, no update has been provided by Gregory Murphy.

All in all, it's not really surprising that WhartonBrooks will need nothing short of a miracle to achieve its funding goal. NuAns is another company that was looking for $725,000 to launch the Neo Windows 10 Mobile handset globally, and saw a grand total of $142,368; the company later abandoned the platform for Android with its next iteration.

However, it appears that WhartonBrooks does not have any plans to ditch Microsoft's mobile platform just yet. The company recently showed off its VR headset and outlined plans for four more Windows 10 Mobile handsets as well. It has also been asking for feedback on Twitter regarding how much people would be willing to pay for a high-end device.