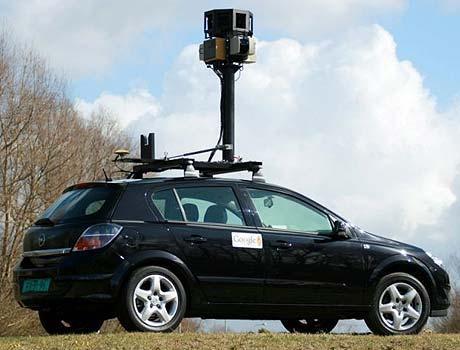 A Japanese woman is suing Google over a revealing Street View image, according to a report out of The Telegraph UK. The unidentified woman is asking for 600,000 Yen (US$7163) due to psychological distress caused by the publication of a Street View image that showed her skivvies presumably hanging on a clothesline to dry. According to the court documents, the woman's obsessive-compulsive disorder was exacerbated by the sight of the her underwear on the Internet and her anxiety became overwhelming. Fearing she was being watched and the potential target of a sex crime, she moved from her residence and was fired from her job.

While her case might be extreme, this is a problem that continues to plague Google's Street View service, especially in Japan. In 2009, Google had to re-shoot parts of the island nation due to the camera height of the Google Street view vehicles. The cameras extended above most of the fences in Japan and captured images of people in their backyards with their laundry hanging on clotheslines.  Enough people complained about the sight of their hanging underwear that Google lowered the camera by 16 inches and re-filmed 15 cities including major cities like Osaka and Tokyo. Unfortunately for this lady and others out there like her, the cameras still caught the occasional embarrassing moment.