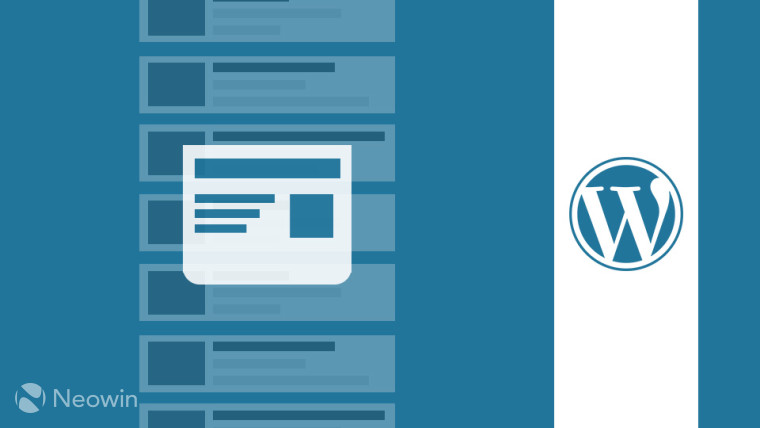 While WordPress.com may be mainly known due to its massive install base of content creators, one mustn't overlook the content consumption side. To that end, a rather welcome change has been implemented today.

Integrated into the overall experience is an RSS reader of sorts, simply dubbed 'Reader', which allows users to keep up with their favourite blogs. Simply hitting 'follow' on a WordPress blog or entering a URL will add it to your list on Reader. Posts from these blogs appear individually in what are called cards. However, if someone posts content numerous times a day, the feed can get crowded quite quickly. This is where 'Combined Cards' come in.

Take as an example a site such as Neowin (since you can add it to your list via URL), with multiple daily posts. Previously, these would appear as separate entries, but with Combined Cards, they now appear in a single, unified card. However, it must be said that the posts need to be from the same day, and not interrupted by posts from other sites.

For those who write, how posts will appear in the Reader depends on both the frequency of posting (single daily posts do not appear in a combined card) and the number of blogs a user follows.

For those who read, posts will appear in the same order in their feed. Although, if a site happens to have a steady output of uninterrupted posts, they will appear in a combined card, thus taking less vertical space.