The world record for the highest Xbox Gamerscore has just beaten - again - by the same person. Back in 2014, Raymond Cox, who goes by the username Stallion83 on Xbox Live, broke that record by reaching one million Gamerscore points - a number which, by itself, likely puts many avid gamers to shame. And now Cox has done it again, doubling the number of points obtained since four years ago.

That's right, the Guinness World Records announced this week that 'Stallion83' now has an astounding two million Gamerscore points, reaffirming his position as the world record holder. After breaking the record in 2014, Cox had said that he likely wouldn't seek to repeat such a feat, but it seems those plans changed in the meantime. 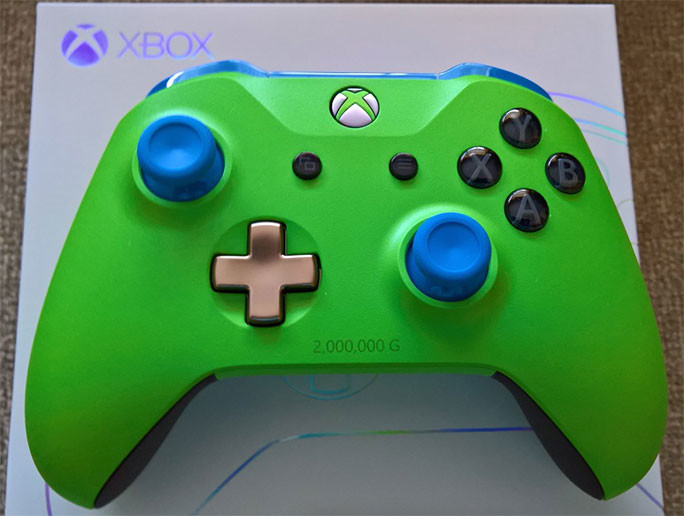 To reach the milestone, Cox played Halo 2, as included in Halo: The Master Chief Collection, obtaining the 'I Like A Challenge" achievement which pushed him towards the exact goal of two million points. The feat didn't go unnoticed by Microsoft's Xbox team either, who sent Cox a custom Xbox One controller with the text '2.000.000 G' text engraved on it, just in time for the record to be broken while using it. This also happened with the first million points, and, as he did back then, Cox says he only used the controller to reach the goal, and that he will now have it on display.

Asked about whether or not he will aim for the next million points, 'Stallion83' says he doesn't know, but anything seems possible at this point. Many major titles are on the way to the Xbox One, so there's no shortage of ways to rack up a few more points.