Microsoft may have shipped the Fall Update for Xbox users recently but, the company isn't resting just yet. Its renewed focus on rolling out as many features to the platform before the year ends is assuring. We already know that gifting (most probably) is on its way to gamers on the console and backward compatibility with the original Xbox games is on track, too.

Now, if reports are to be believed, mouse support may be coming to the console with the next insider update. The new functionality will be placed in the Kinect and devices settings and will be available in games and apps that support the API. There is only one setting you can control as of now- pointer speed. 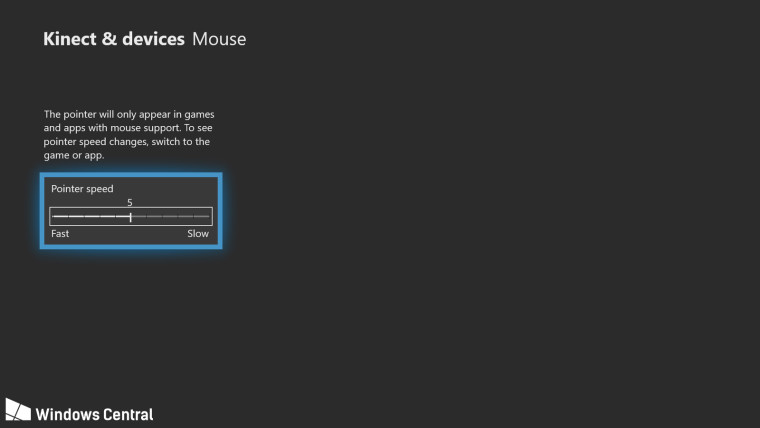 Xbox's Corporate Vice President, Mike Ybarra had previously confirmed the advent of mouse and keyboard inputs on the platform. Now, it seems the feature may be ready to hit the insiders soon. However, the company has stated that it would tell developers to keep note of the "unfairness" factor when it comes to peripherals in multiplayer mode.

We have already seen bits of what the support might look like in games like Minecraft Beta for Xbox One. With Halo Wars 2 bringing cross-play between Xbox One and PC players, this might be an opportune time for Microsoft to test the functionality and better its implementation.