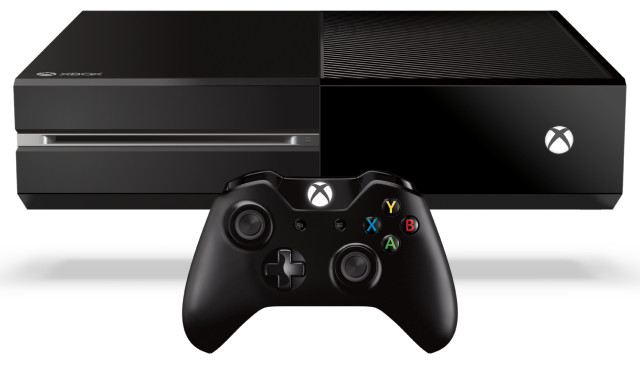 Microsoft will ship the Xbox One to customers on Friday with a built in 500GB hard drive that's been designed not to be removed or upgraded. At first, the company announced that the console would support adding external storage but later said the feature would not be available for launch.

Now the first reviews of the Xbox One have come in and they have confirmed that the console will not allow owners to view just how much useable storage space is available on the hard drive. Eurogamer's review of the console states:

With Forza 5 and Ryse installed to the hard drive, in addition to a number of other review titles, our concern now is all about storage management. Here's where things get a little strange. As far as we can tell, there is no storage overview to tell you how much hard drive space remains or allow you to delete items in one centralized location. There also appears to be no direct access to save games, either - these and game DVR upload clips appear to be synced with the cloud. It's interesting that in what is the most ambitious console operating system ever produced, the user seems more remote than ever from content. 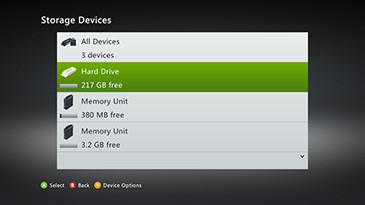 It's a feature that's available on the Xbox 360, as shown above, and Sony's PlayStation 4 also has a way to view how much free space is left on its 500GB hard drive.

Neowin contacted Microsoft to ask why the Xbox One lacks a traditional storage viewing or management features. We received a response from a Microsoft spokesperson:

Xbox One was designed to make storage management automatic. For saved games, settings, and other information that Xbox One customers save to the cloud, space is virtually unlimited. On the internal hard drive in each Xbox One, games and apps can be uninstalled or reinstalled instantly with the click of the Xbox One menu button. Saved games and settings information is retrieved from the cloud for any game as its being reinstalled. By being smart about how storage is managed, Xbox One keeps everyone playing, watching, and sharing their entertainment content rather than worry about limitations. You can also see how much storage any app uses by pressing the menu button on that app.

There also no word yet on just how much of the 500GB hard drive is actually useable out of the box, with no game or app installs. We have emailed Microsoft for comment but have yet to receive a response.

The bottom line is that people who get their console on Friday will not have a direct way to know if that long awaited game they are installing on their hard drive will be able to fit alongside all the other games and content they have already saved. Considering that some Xbox One launch titles have large install footprints, up to 43GB in one case, that could be a big problem in the near future.