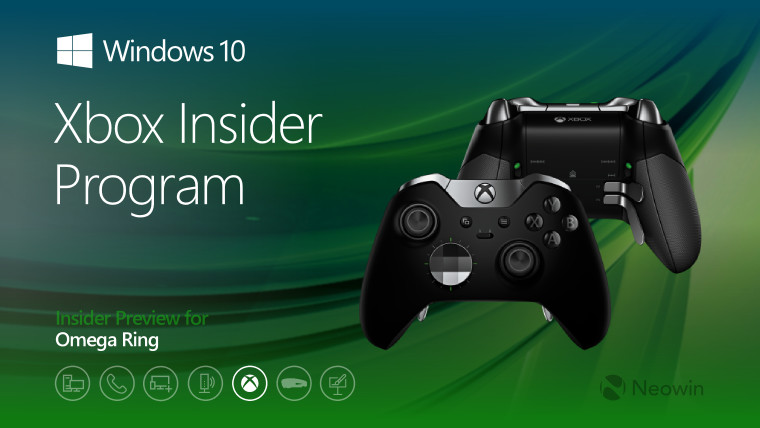 Microsoft's Brad Rossetti announced today that a new Xbox One version 1804 build is rolling out to the Beta, Delta, and Omega rings of the Xbox Insider Program, which will be build 17133.2006. This marks a milestone for what will eventually be the spring update, as it's the first build to be released to the Preview Omega ring.

Omega is the Xbox Insider Program's equivalent to the Windows Insider Program's Release Preview ring, which means that it should only receive builds that are slated to roll out to the general public. This doesn't mean that there won't be any cumulative updates between now and then, however, it's now all but confirmed that this is the RTM build.

Also known as Redstone 4, this is the semi-annual major feature update for the Xbox One family of consoles, and it contains a number of new features. One feature that's highly anticipated is support for 1440p screens. You'll be able to play games natively at this resolution on an Xbox One X, and they will be upscaled on the One S.

There's a new 'Share controller' feature in Mixer, that will allow viewers to take over a streamer's controller. This feature is also coming to Windows 10 with this update. Mixer also won't stop your streams anymore when you switch games; instead, it will only pause them and pick up when you start a new game.

The Edge browser is getting an overhaul as well. It's designed to be easier to navigate with a controller, and you can now download images, music, and videos on the console, which can then be accessed through the File Explorer.

That's not all, and you can find the full changelog in the announcement, which was only a month ago.

With Xbox One version 1804 now in the Preview Omega ring, a public release is imminent. You'll likely hear more news about this within the next week.