Ubisoft has announced via its official blog that the first two paid expansions for Tom Clancy's The Division - Underground and Survival - will be timed exclusives for the Xbox One. Microsoft also hopes to entice gamers by offering an Xbox One bundle that can help you save $75. 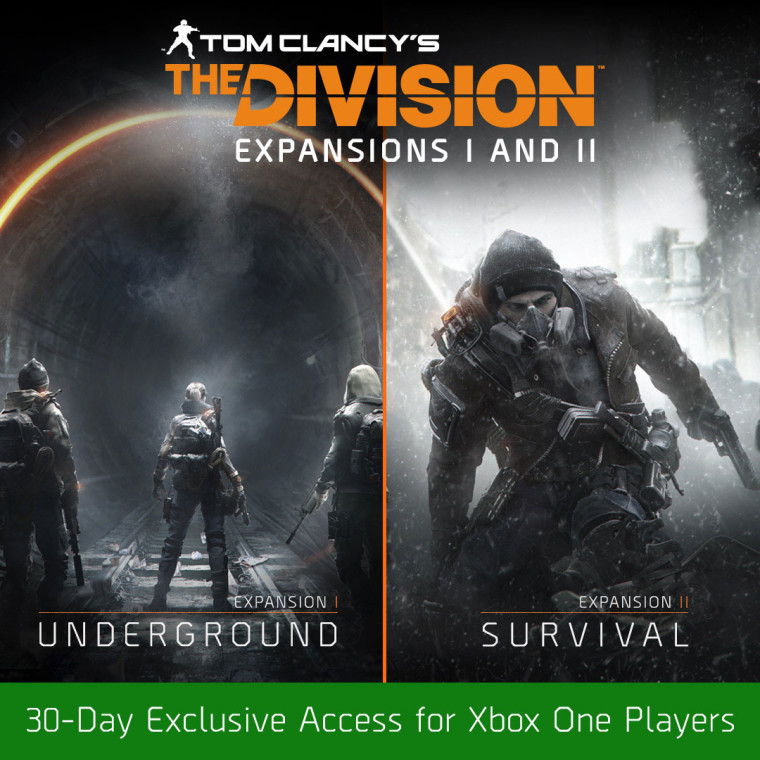 As the name suggests, Underground will take players deep into "New York’s labyrinthine underworld of tunnels and subways to track down groups of dangerous enemies"; and Survival will push the limits for groups of players, testing their ability to gather supplies and survive against even tougher enemies.

The 'good' news is that it'll only be a month from their release date (June for Underground) until you'll be able to play the expansions on PC and PS4, and the timed exclusive does not extend to the free updates, Incursions and Conflict, as well as the third paid expansion, titled The Last Stand.

Tom Clancy's The Division will arrive today on Xbox One, PlayStation 4, and PC, and you can also get access to all three paid expansions if you purchase the Season Pass, Gold Edition, or the Collector’s Edition of the game.

For those of you who are on the market for a new graphics card or gaming laptop, keep in mind that The Division will come bundled with certain GeForce GPUs.