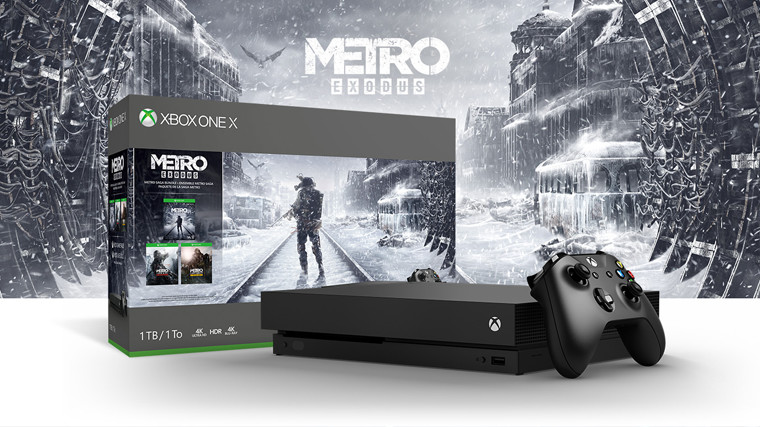 There is a brand new console bundle for Microsoft's Xbox One X releasing soon, with the company announcing today the Metro Saga Bundle. Instead of the usual bundle formula that brings along a single game together with a console, this one happens to come with three titles: the entire Metro trilogy.

This includes Metro 2033 Redux, Metro Last Light Redux, as well as the upcoming Metro Exodus. However, note that these won't be physical copies, all three titles will be digital downloads.

Metro Exodus will be making use of the Xbox One X's added horsepower for graphical enhancements at launch as well, letting players experience the post-apocalyptic survival shooter in native 4K with HDR. The game's newly released trailer that gives a glimpse at the story through Anna's eyes can be seen above.

As for the bundle's console itself, it carries a 1TB Xbox One X, which is joined by a standard Xbox One Wireless Controller as well as 1-month subscription trials for both Xbox Live Gold and Xbox Game Pass.

The new bundle is slated to launch the same day as Metro Exodus, February 15. Pre-orders are available now with a $499.99 price tag through the Microsoft Store and retailers.