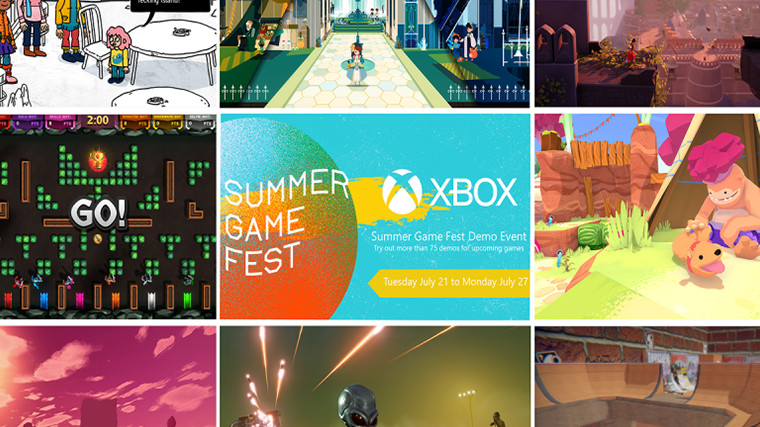 Early in the month, Microsoft announced a new initiative that brought over Geoff Keighley's Summer Game Fest campaign over to Xbox, letting Xbox One console owners get a trade show-like experience from the comfort of their homes. Now, the ID@Xbox Summer Game Fest Demo Event has kicked off officially, offering over 70 demos of upcoming Xbox titles for anyone to try out.

The promotion will run through July 27, and the number of available games will expand as the week progresses. The currently available demos - which include looks at Destroy All Humans!, SkateBIRD, ScourgeBringer, Haven, and Cris Tales among many others - can be found on the Xbox Dashboard via a dedicated tile and on the Microsoft Store.

Keep in mind that these Summer Game Fest demos aren't similar to traditional demos, which are usually made to show off slices of released products, and are instead offering an "early look at gameplay and may not represent the full game release."

Alongside this, Microsoft has also opened the doors to its newest Summer Spotlight event, highlighting highly-anticipated games that will be releasing on the Xbox One between July 21 and August 31. Head to the new Summer Spotlight landing page to find out what are the newest games that are being featured. Those who spend over $50 on featured titles will receive a $5 gift card and 5,000 Microsoft Reward points. Xbox Game Pass Ultimate subscribers will see the offered gift card being upgraded to $10.