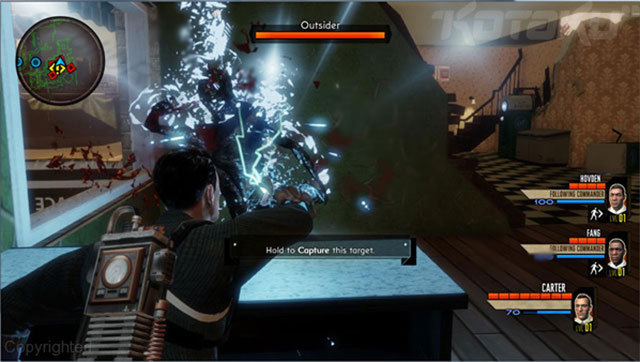 While the turn-based strategy game XCOM: Enemy Unknown is still set for release on October 9th, developer 2K Marin and publisher 2K Games announced plans to release a first person shooter game, XCOM, over two years ago. The game was demoed at E3 in 2010 and 2011 but did not show up for E3 2012 in June.

Now a new article at Kotaku reports they have received screenshots from an unnamed tipster which they claim comes from 2K Games marketing survey. The screenshots seems to strongly hint that 2K Marin has decided to ditch the FPS gameplay for their XCOM game and make it into a squad-based third person shooter, while still keeping the 1960's time setting and the "covert alien invasion theme."

The report also claims that the game is also listed as just for the Xbox 360 and PS3, which could mean that 2K Games may have ditched the PC port of XCOM. Finally, the report claims that one of the survey questions asks how the person might feel about buying the game as a download-only $30 title.

Officially, 2K Games said of this report, "We have not made any new announcements regarding the XCOM title currently in development at 2K Marin, and it is our policy not to comment on rumors or speculation."