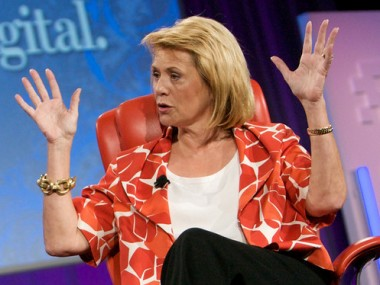 Yahoo CEO, Carol Bartz has been fired from her position today with CFO Tim Morse taking over the role for the time being.

In an email to all of the companies employees she said,

I'm very sad to tell you that I've just been fired over the phone by Yahoo's Chairman of the Board.  It has been my pleasure to work with all of you and I wish you only best going forward.

Carol
Sent from my iPad”

Supporters of Yahoo may or may not be surprised at the move by the board, as she has been unable to bring back the former glory that Yahoo once bathed in. She was appointed CEO back in January of 2009.

There has been tension brewing within the company over the past few months, which may explain the sudden move. Major shareholders have been pressuring the directors of the company to gain some of the success that they once experienced. Although the board fired Bartz, they failed to name who her successor will be, which leads many to speculate they wanted to remove her from the position in a snap decision.

Since the news Yahoo’s stocks have risen, although not by much – 0.31% at time of writing.

Update: Yahoo have confirmed the story as they released a public statement.