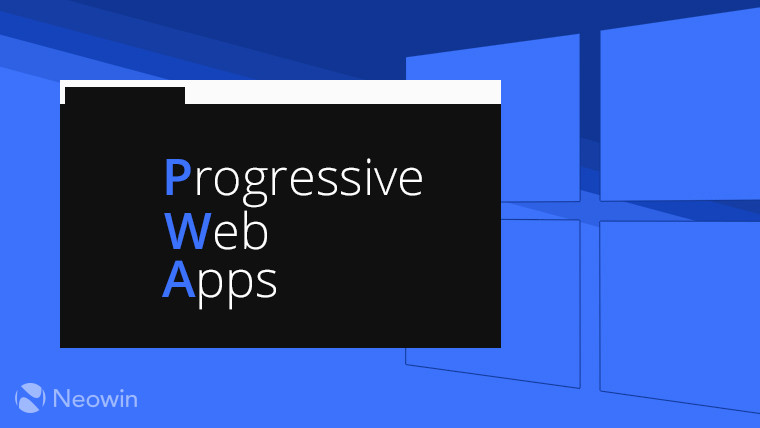 One of the biggest features of the Windows 10 April 2018 Update is support for Progressive Web Apps. These are web apps that use Service Workers to act more like native apps, supporting things like offline usage, notifications, Live Tiles, and more.

During a session yesterday, Microsoft announced that in the next feature update to Windows 10, codenamed Redstone 5, there will be new display modes for PWAs that run on the OS. In the same session, the firm said that users will also be able to download PWAs directly from within the Edge browser.

I asked around about this, and indeed, you will be able to install any PWA that's on the web, such as the ones that Google already has available like Gmail.

As it stands right now, there are two ways for PWAs to end up in the Microsoft Store. Developers can submit them, or Microsoft can add them on its own. However, the developer can specifically opt out of this.

I did ask if any developers have opted out, and Microsoft provided one example of a developer that was already using a native app that it wanted to keep. Google is notorious for not submitting apps to Microsoft's app stores, and I was told that Google didn't specifically opt out, and that Microsoft is still trying to work with the search giant to get its apps into the Store.

But the good news is that you don't have to wait for Google apps to show up in the Store. Once you can download PWAs directly through Edge, you can grab any PWA that you want.