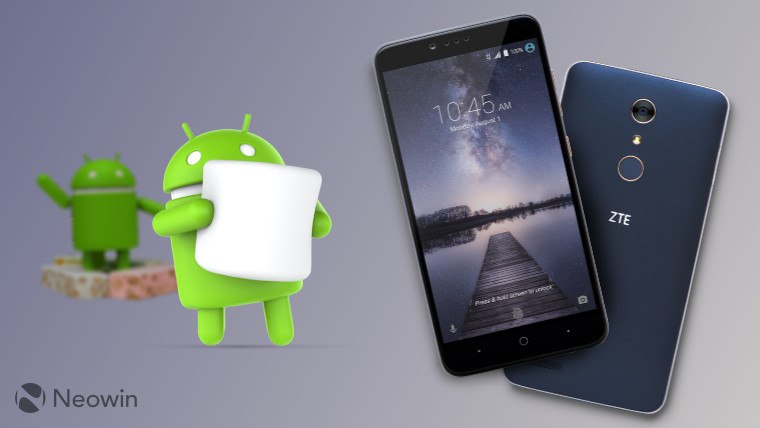 This week, ZTE opened registrations for a new beta program for its Zmax Pro, a $99 handset with remarkably good specs for its price, including a 6-inch 1080p display, 32GB storage, Snapdragon 617 processor, fingerprint scanner, USB-C port, and more.

But while it initially appeared that the beta program was intended to test preview releases of its Android 7.0 Nougat update for the low-cost device, the company has since clarified that that's not the case at all.

In a statement to 9to5Google, ZTE said that the beta program for the Zmax Pro "is to help enhance the current software on the device". The Zmax Pro's existing software is based on Android 6.0.1 Marshmallow.

While we do not have any plans to push Android Nougat to the ZMAX PRO right now, we continue to seek feedback from consumers on all of our devices so we can enhance the user experience, which is what we are doing here.

That's not terribly encouraging for those hoping to get Nougat on the Zmax Pro anytime soon. The fact that ZTE is working on changes to the handset's existing software, rather than actively developing the next major OS update for the device, doesn't bode well for the prospects of the Android 7.0 update arriving for the handset in the near future.