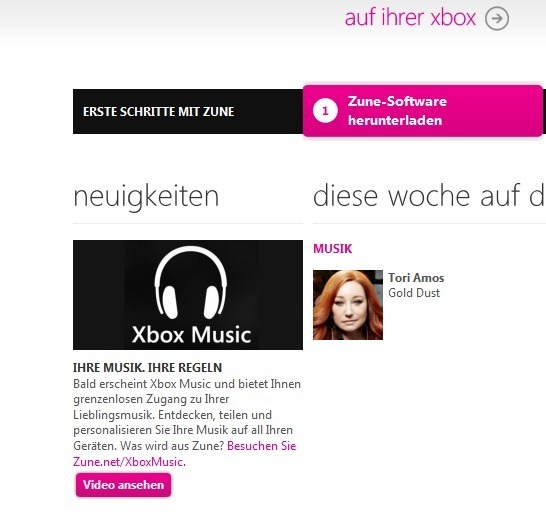 Officially, Microsoft is supposed to retire Zune Music in the very near future, to be replaced by Xbox Music. Indeed, the company shut down many of Zune Music's features on August 31st. But Microsoft still seems to be sticking with its Zune Music Pass, at least for the next couple of weeks.

WMPoweruser.com reports that at least three new countries around the world are now home to the online subscription music service. It launched, with no fanfare, for Windows Phone users in Austria and Brazil earlier this week. Today, the same site reported that Zune Music Pass is now up and running in Germany.

Here's the catch; the reports claim that while people in those countries can indeed sign up for Zune Music Pass, it doesn't appear to be in full working order yet. It's possible that Microsoft is simply getting all of their ducks in a row and launching the current Zune Music Pass service now in new countries in preparation for the big change to the Xbox Music service.

Microsoft has been pretty quiet about what the new Xbox Music service will be like, but everything seems to be heading towards an official launch of October 26th. Recent Internet leaks suggests that the pricing for the streaming subscription portion of Xbox Music will be the same as the Zune Music Pass.